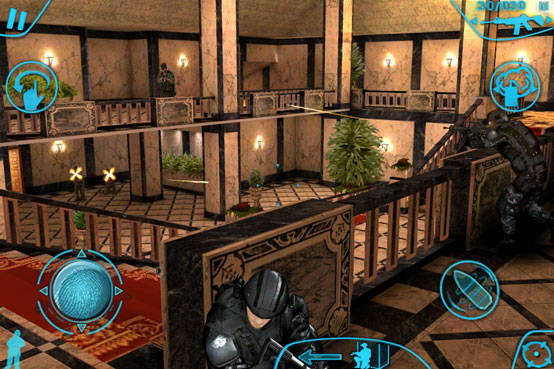 On today’s list of iPhone and iPad app we just have a bunch of games to share. Play Sudoku on the go, get a bit of history with this iPad game, can you handle the kitchen, these and more.

The developers are the only ones that have control of whether the applications remain free, all prices are subject to change at anytime, without notice. If the apps are not free anymore there is nothing we will be able to do.

Cooking Dash: Cooking Dash offers fast-paced, addicting fun optimized for playing on-the-go. Keep customers happy by prepping everything from burgers and fries to sushi and dumplings. Use your fingers to seat customers, serve dishes and collect big tips. Help heroine Flo keep five DinerTown restaurants up and running… if you can stand the heat! For iPhone iOS.

Cooking Dash is available for free for a limited time.

Sudoku Forever is available for free for a limited time.

The Rise of Atlantis: Find a way to bring the legendary continent of Atlantis back to the surface and restore it to its might. In this extraordinary puzzle game with spectacular new features, handy bonuses and explosive power-ups you set out on an adventurous quest around the ancient lands of Greece, Troy, Phoenicia, Babylon, Egypt, Carthage and Rome to gather the seven greatest powers of the patron god of the Atlanteans – Poseidon. With 77 captivating levels of fantastic game play, truly unique twists never seen before and the ability of continuous replay this game will keep you entertained for weeks! For iPad iOS.

Lordi the Game: Lordi The Game is a rhythm based action game. The game features exclusive music from the upcoming Lordi album “Babez for Breakfast”.

– Exclusive footage created by Lordi
– Two new songs from new Lordi album “Babez for Breakfast”
– Voice acting by Lordi
You are Lordi and you must banish the undead from the underworld. The exclusive material will unlock after you have completed the level. For iPhone and iPad iOS.

Lordi The Game is available for free for a limited time.

Jump’ in Jack Ball: Touch! Move!! Jump!!! EASY to Play! FUNNY and TECHNICAL! for RELAX and CHALLENGE!
For relax, for killing time of waiting, challenge JJB! Jump’in Jack Ball is a game which you can touch and let the balls jump into the right buckets. Well designed stages call for your skill and sense! According to your performance, you’ll get Golden Prize, Silver Prize or Copper Prize. Try it! And aim to Golden Prize! For iPhone iOS.

Jump’ in Jack Ball is available for free for a limited time.