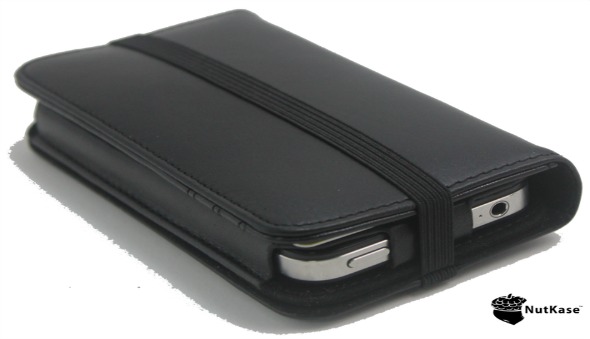 WritePad is an advanced notetaker for iPads and iPhones, which converts practically any handwriting into computer text. This feature-rich, Star-Trek-like technology makes the on-screen soft keyboard obsolete. Notes created with WritePad can be emailed, Tweeted, saved, posted on Facebook Wall, printed, exported as PDF, translated to other languages, synchronized with Dropbox, and exchanged directly between 2 or more iOS devices. WritePad also features integration with events, contacts, maps, and other system resources.

PhatWare announces  the newest iPhone version of WritePad, the popular note taking and handwriting recognition software for iPhone, iPad, and iPod Touch. Like the iPad version released last week, WritePad now features a redesigned Document Manager, which allows users to store their documents in the app’s folder hierarchy and search all documents for specific characters or words.

“The ability to organize WritePad files in folders and support for global search are among the most requested features by our customers,” said Stan Miasnikov, president of PhatWare Corp. “We are pleased to offer these and other improvements in this version and will continue working to implement other features requested by WritePad users.” 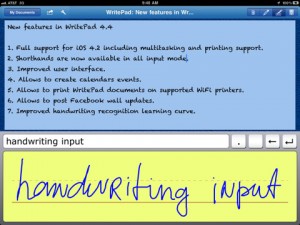 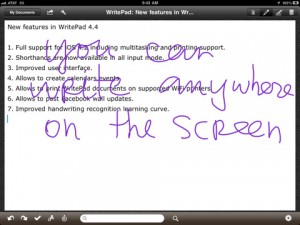 WritePad is an amazing application to use to take your notes and the twitter features is the most love for me. Simply write something anywhere on the screen and you can post it straight to twitter. The app comes with an extensive user guide, it shows just how much effort the developers put into this application. The recognition technology is spot on, and so far as recognise every word that I wrote. WritePad is iPhoneGlance recommended app for this week and a must have.

WritePad 4.6 for iPhone and iPod Touch is available for English, German, French, and Spanish languages and can be purchased via the iTunes App Store for $3.99. The iPad version is available for $9.99 (£5.99). We have five Promo codes to giveaway, if you would like one comment or retweet this post.

Check it out in action: