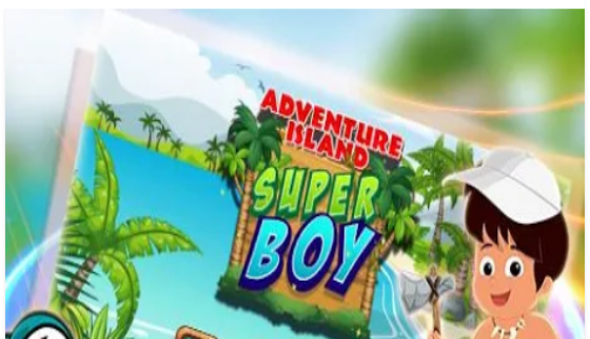 Zoombie Digger is a new game about zombies from Crazy Bit, a Russian developer. This is the first app for the iOS from this company. The game is available for the iPhone and iPad.
The application’s genre is most similar to  tower defense- The player has a house that is constantly attacked by 9 very neat types of zombie: crocodiles, elephants, hedgehogs, rhinos, bears, bats, porcupines, mummy-robots, and mutant snails.
The simplest way to kill the monsters is by burying them into the ground where they belong. The player can also purchase other weapons: a sling that can be upgraded into a laser gun, various bombs and super-weapons that feature, aside from your basic lightning and anvils, things like guitar-playing flying cows.
As the game progresses, the zombies become smarter and quickly learn new skills. By  the third level, for example, the player will already be facing enemies like rocket-powered elephants and bears with grenade-launchers. Level after level, the monsters get tanks, hot air balloons and jetpacks, that will be sure to keep the player on his toes. 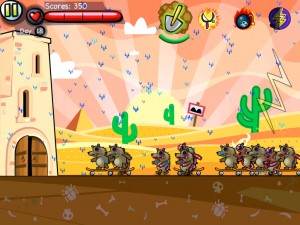 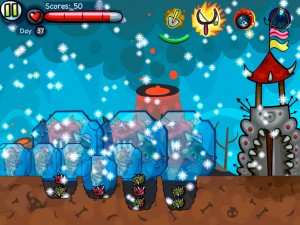 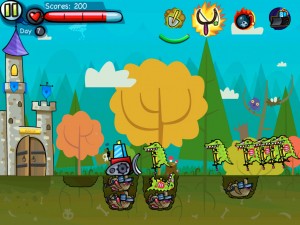 The visuals are excellent, starting from the maps and hilarious monsters right down to the very last weapon. The music is fun but may get annoying after a while, but the sounds are awesome and crazy throughout the game.
The cost of the app is $0.99. The fun you get while playing is well worth the cost. And if you are a zombie app fan, you absolutely can not miss “Zoombie Digger”.

The game will be available soon on the AppStore, we will let you know when it is. For now, check out the amazing game play in the video below: