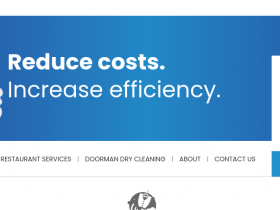 EuroBasket 2011 is heating up in Lithuania with top teams entering into semifinals. Instead of going after a team, this time I keep my fingers crossed to see my favorite players performing well. Let me tell you the reason.

EuroBasket 2011 Cards is a fantasy basketball cards game that was launched exclusively for this championship. Users can buy player cards and create their own team with them. While launching this app for the first time, it asks the user for a name to create a team for him. After that, user can proceed to buy players with the given budget of 400. This is the game money here. A user should buy five players for forward, center and guard positions.

The points will increase based on the performance of the players in the championship and the value of the players will also change. I tried EuroBasket 2011 Cards and swapped the players for a couple of times. Now it seems everything is going fine within my team. Apart from serving the excitement, this app also lets user know all about their favorite basketball champs – their teams, position, points per game, scored points, next games, etc., This app really keeps me glued to the championship.

Interestingly, only one user can use this app as it allows for only one team. If it allows multiple users to create and access teams (with things like usernames and passwords), there would be more scope for excitement with EuroBasket 2011 Cards. However, if you are an uncompromising fan of basketball, you should never miss this app. It will ensure your part in this fantastic sporting event. Fun and entertainment guaranteed!

EuroBasket 2011 Cards is available for free at the App Store. It is compatible with iPhones and iPads running iOS 3.0 or higher.