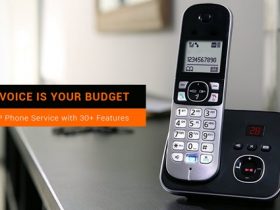 Is AXvoice the next big internet calling solution?

Siri has proved to be one of the features of the iPhone 4S that has gained the most column inches. The virtual personal assistant integrates with other apps on the device including Maps, Email, calendar and Notes. It allows the user to use voice commands, dictate notes and emails but also ask questions. It is, users say, Siri’s ability to understand context that has made it popular.

The program is still, Apple is keen to remind people, in beta form. That means it is still being tested by developers to a certain extent and that people using it can flag up mistakes and it will be updated. For example, currently Siri can understand English (US, UK and Australian), French and German. However it struggles with regional accents, reports suggest and does not understand other languages. As it is in beta stage, this is likely to change in the future.

Siri was not first unveiled on the iPhone 4S. In fact it was available in the app store after Apple bought the developing company in 2010. Siri was, before the launch of the iPhone 4S, available on the iPhone 4 as well. The fact that users who did not download it before the iPhone 4S launch now can’t has caused some frustration and has led some to even break the law.

Some have published tips online to “jailbreak” this iPhone 4 allowing them to hack in and unlock Siri functionality for the device. Since Siri is a licensed piece of software, it is likely that this counts as piracy. The hack has been called H1 Siri and unlike those revealed earlier in the winter, these allow full access to Siri, as opposed to partial access. The hack was developed by a team in China.

Although, while the hack has caused some excitement amongst those who want the app for their previous versions of the iPhone, some are finding it is actually rendering their handset useless. Some who have tried it have seen their iPhone 4 randomly reboot. Others have seen their handsets bricked, that is they have become unresponsive and stopped working. There are also reports that H1 Siri contains malware used to steal people’s personal data.

Some online rumours have suggested Apple will make Siri backwards compatible in the future, that the app was designed to make the iPhone 4S launch with as big a splash as possible, which certainly worked. There are claims a version of Siri is being developed to work on other devices, which could include the iPad and iPad 2. While the update would be welcomed, it’s likely to only come about at the launch of  iPhone 5 contracts. Siri remains the principle distinguishing feature for the iPhone 4S. Undoubtedly it will get an improved and updated run out on the next model of the device, so popular has it proven. At that stage it might seem logical to include with the upgrade a limited version for backwards compatibility. If that is the case, at least it would ensure iPhone 4 users would not risk bricking their handsets purely to get their hands on a virtual personal assistant.