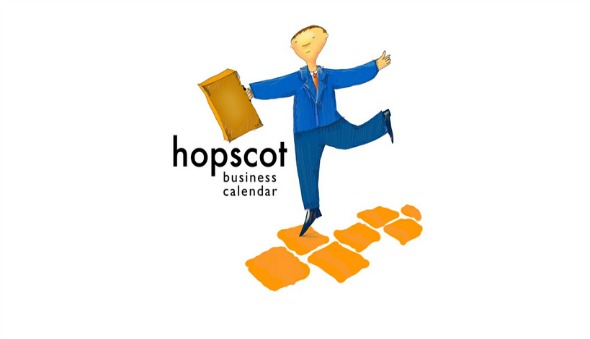 Hopscot a new way to schedule events and link people

Quixotic is a fast-action arcade shooter reminiscent of the arcade games of the 1980s. The player controls the weapons systems on the rotating Starstation “Quixotic” in the center of the screen. Enemy ships attack from above, below, left, right, and diagonal directions in an attempt to destroy Quixotic. To repel this attack, the station is outfitted with plasma missile defense system which can be fired in any of 8 directions corresponding to the attacking enemy ships.

Missiles are fired using the 2 touchscreen firing control pads located at the bottom of the screen using the thumbs of both hands. Power-ups appear at random intervals and include a supercannon, laser saw, lightning nuke, rapid-fire cannon and others. The game ends when the hull integrity of Quixotic has reached zero. The game screen is designed to resemble an 80s arcade game with control panel at the bottom, playfield in the center, and marquee at the top.

Step back in time to the future…Take command of Earth’s last remaining line of defense against the sinister invasion forces of the accursed Beta-8 Alliance. You command the last remaining orbiting defense platform QXC-01, better know as the “Quixotic” Starstation. Outfitted with an 8-way laser cannon system, the QXC-01 is capable of impressive firepower. Power-ups will beam to your area from time to time to increase the capabilities of the mighty QXC-01… supercannon, lasersaw, and lightning nuke are but a few of the special weapons that will become available to you during your brave resistance. The enemy is merciless, the onslaught is intense. The fleet you face is varied… ramships, bombers, fighters, fast scout ships, sniper ships, and the awe-inspiring firepower of the wicked Girtan Gunship… not to mention the appearance of those dastardly Beta-8 Generals including that nasty little taunting germ-thing in a diaper. The survival of the people of Earth hangs in the balance! 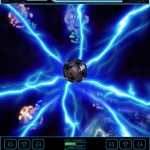 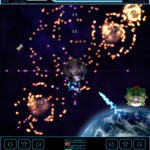 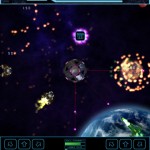