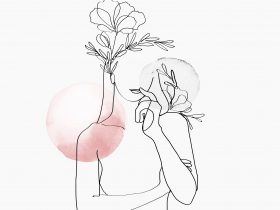 Accountability Partner That Rewards You for Being Mindful

Rocky Isle is fun and challenging sudoku style game packed with hours of gameplay. With 5000 puzzles over 9 levels players will definitely have a huge task on their hands. Rocky Isle is a genuinely addictive and simple grid-based numeric puzzle game. Simple in the  sense of the gameplay, easy to get use to but very challenging. With the reference to the 5000 puzzles over 9 levels the game offers a range that will allow the novice player as well as the expert solve difficult puzzles. Get the ultimate challenge.

Levels in the game come in the form of grids which are further sectioned off into separate regions, all cleverly designed to take on the look of tropical islands. The graphics might put a few players off but we guess the developer is trying to keep some uniqueness with the app. The game is all about the puzzles, the whole gameplay and not so much the graphics.

Rocky Isle is priced at $1.99, well worth the money considering you’re set to have at least a week of gameplay. Wants some serious challenge grab Rocky Isle in the App Store. Don’t want to take our word for it, try the free version first. 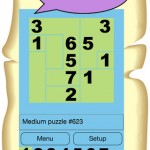 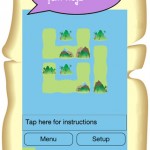 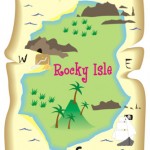 Experience the number-based puzzle game that is as visually stunning as an arcade adventure yet challenging like the hardest available Sudoku puzzles! Download Rocky Isle & play through thousands of puzzles across nine varying difficulty levels!

Rocky Isle is a genuinely addictive grid-based numeric challenge in the spirit of classic titles such as Sudoku. Puzzles come in the form of grids which are further sectioned off into separate regions, all designed to take on the look of tropical islands. The player’s mission in the game is simple: place a hill onto every square of each island on any given level, utilizing up to seven differently sized hills to do so. What looks deceptively simple can be a daunting task, a mentally engaging puzzle juggernaut.

Important: please download the free version of Rocky Isle first. It contains dozens of puzzles of all difficulty levels, more than enough to decide if you like the app. Please do not give one star feedback if you find a problem. Instead, report it to support@pozzal.com. If problems are found, we promise to create an update in a timely manner.

• Rocky Isle includes more than 5000 puzzles spread equally over 9 difficulty levels. The diverse range of included difficulties ensures that the game is accessible to novice players yet appealing to even the most advanced puzzle solving experts. As an ultimate challenge, we include 350 puzzles which have never been solved by human hands before! We verified that a unique solution exists, but we have no idea how to solve them. Send us email if you succeed!

• Furthermore, with smaller grid sizes – the game’s most difficult puzzles appear on 6×6 grids, unlike Sudoku’s normal 9×9 format – Rocky Isle is perfectly suited for gaming on small iPhone and iPod Touch screens. An iPad optimized version of Rocky Isle featuring board rotation features is available too!

Every empty square on each island corresponds to only one hill size. The number of squares a given island is comprised of dictates which sized hills must be used.

No islands can be populated with more than one of each hill size, and same sized hills appearing in the same row or column on the grid must be spaced apart by the at least same number of squares as their corresponding size values.

• For example: If two size 3 hills appear in the same row or column, they must be placed at least 3 squares apart from one another.