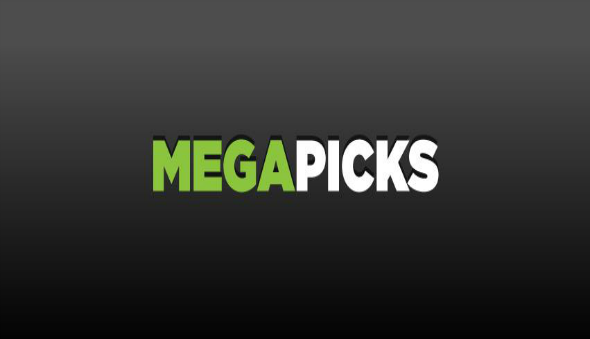 Big Gun is the new mafia/mob style game for your iOS device. Developed by 9thQ, the app lets you run a criminal empire. You start off by creating a character, a selection of avatars are available and you will find something that suits the part. Your mob boss will set you missions and quests and you will need to travel across the world to earn cash and weapons. The more you earn the better equipments you can buy to make your character a real power house. You’ll have a great task at hand, let your rivals know who’s the boss, fight other players, steal a car and don’t get caught by the cops. All in a days work for a gangster right. 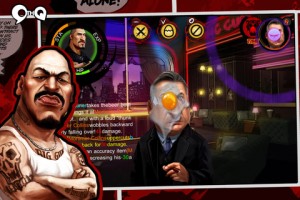 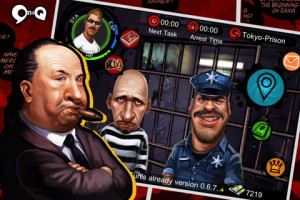 With hundreds of missions, a huge array of items to choose from,  (500 to be exact), three continents consisting 25 cities, you will have your work cut out for you. The fighting system is really great, you stand face to face with your enemy avatar and lets just say you slash it out, swipe for swipe, hit for hit. The amount of options you have within the game is great, but can be a bit daunting at first. The tutorial is very useful and I recommend going through it, that way the game will go plain easy.

The graphics are simply great, the realistic imaginary of the avatars which some might not like does keep the game in a sort of a real world. Big Gun has a strong game play, a crime app on the iOS that’s completely different, unique fighting system, huge amount of different items, missions that are interesting and free. Big Gun does require an internet connection to play it’s one of those games that if you’re away from you home or office and you haven’t got a data connection you will go out the way to find a hotspot just to play. Check out Big Gun on the app store you won’t be disappointed.

It’s time for a change!
Never again get lost in menus, menus, and more menus!
BigGun recreates the gangster genre, giving you an all-original, first-person game!

✔ Expansive Game World!
Spread across 3 continents, 3 gang factions based in 25 populous cities just waiting for you to take control of them!

✔ Over 500 Items and Equipment!
Over 500 fastidiously employed items with lifelike mafia, gang, and triad culture!

✔ Freely Upgrade Equipment Stats!
Key items can be modified and have customizable stats, nothing beats the satisfaction of having something that’s all your own!

✔ Hundreds of Mission Scripts!
Breathtaking, stimulating, and exciting action that leaves you not knowing whether you should laugh or cry! Every time feels like a different experience!