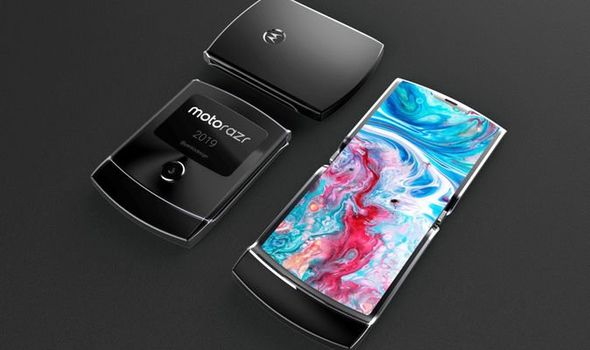 Tommy is the cool cat that loves snow boarding. Hit the slopes in this simple but fun app. Tommy on Snow is a straight forward runner game. Control the little cats action by a touch of your finger on your iPhone screen. The slopes are slippery because of the snow but this is good for Tommy, as he gets a speed boost from the wintery conditions. The idea is to tap on the downward slope that helps little Tommy shoot down at speed, release and Tommy flies through the air to increase distance and get a great score, and most importantly finish the level before time runs out. Star score for each level is achieve by a really good score. 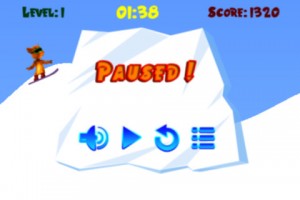 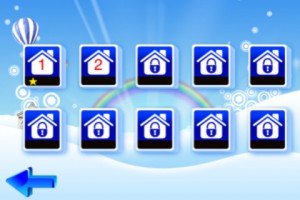 Tommy on Snow doesn’t have a huge amount of gameplay but fortunately games like this are addictive, I myself kept going back for more. The graphics are also pretty simple, a blue sky and the snowy slopes is all we get. You do achieve scores but unfortunately there is no way to share them, for instance on Game centre, Twitter or Facebook. We would like to see this integrated.

Tommy on Snow is free but with three levels out of ten. Those three levels are quickly completed once you get the hang of the game. You can however unlock a further 7 levels for $1.99. give Tommy on Snow a go. Check out the video demo to see the gameplay.

Become the master of snowboarding helping Tommy be the fastest cat on snow! Take the challenge of completing all the levels in time!
Slide, jump and have fun snowboarding, but be careful not to hit the snow too hard when you back down and don’t slow down!

– #1 game in 20 app stores around the world!
– “one simple touch” game, but soooo addicting!
– available on iPhone, iPad and iPod touch.
– jump and slide perfectly and get the highest score!

Get ready for the most awesome game: TOMMY ON SNOW!