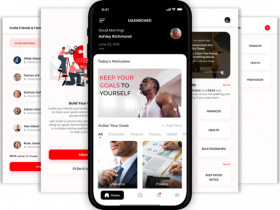 Gravity Force is the free game from Siemens AG, that requires a lot of skills as you progress through the levels.The game consist three modes, each with 12 levels to complete. Your objective is to guide a ball through a series of mazes to a small catcher at the bottom. Sounds easy, well it is at first. You start off by playing earth levels, which is as simple as just tilting your iPhone and guiding the ball pass a few obstacles to the cup. Once you complete the earth level you progress to the moon levels and of course what do we lack on the moon, gravity.

The moon levels are a tad difficult, with less gravity the ball will float around. You will require some skills to control the ball. The mazes are more or less identical, except for gaps in the bottom and sides, that if the ball enters will; well lets just say get lost in space. A new ball will be generated but it would be good to avoid those gaps. It gets even more challenging and interesting when we reach the jupiter levels, you won’t float around, instead you will just get a force of gravity that causes your ball to smack instantly in the direction you tilt the iPhone. A few things to remember when playing Garvity Force, patience, quick and don’t get frustrated and smash your device while trying to complete the levels.

Gravity Force isn’t only a game, it also an educational app to teach about physics and what the gravity might be like on different planets. I’ve learnt that i would be heavier on jupiter than on the moon. There are also a few interesting videos within the app that highlights science day at schools and also gives you some fun facts on science.

Gravity Force is fun and simple, with 3 great modes each consisting of 12 challenging levels you will have more than enough gameplay. Gravity Force is free, well put together game. One thing we do hope is the developers adds a few more modes. I would like to know what gravity is like on Saturn or even Mars.