The Blik – Redefine your secure messaging

There are few games that make me so excited, even before I’ve started playing. But this one makes me so excited to play I spent about five minutes toggling about with the menus.

While I have seen 3D games on the apps store, I’ve never seen one to this extend. Everything you see and do is in a 3D rotating world, which is the coolest thing I’ve ever seen. 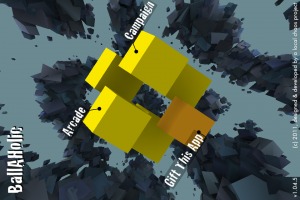 On the game (when you finally get off the menus), you’ll start the epic adventure of ‘Uberhero’, a metal slinky who apparently is the saviour and love of all Ballaholic kind. You will be set the puzzle of getting from one portal hole to the next, without running out of time. You have several obstacles in the way while you venture through the different worlds, getting harder as you progress.

Of course, if you are not feeling up for missions and quests, you could just go on arcade and battle against endless boxes. Some easy, some violent.

The worlds do feel a lot like Boxhead worlds (the PC game Boxheads), or, if you’re into Minecraft, it feels like a smaller version of that. It is weird, the low quality graphic material actually appears to be high quality! 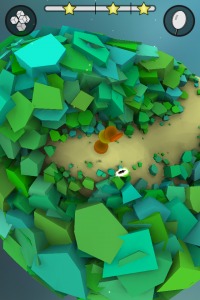 Of course, to every game, there are some bad points.

The game menus are a bit too long, sometimes you’ll find you have to go through 4 or 5 menus before you play a game.

Another bad point is the game navigation, even on easy you find yourself making terrible blunders because your too quick in moving across the board.

But these are very minor points, the game is fun, and while the missions aren’t addictive, the arcade should suffice. 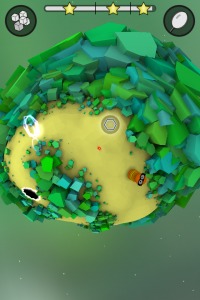 While the game is a puzzle game, I would say it does come under arcade and adventure too. And possibly action, although it is a bit low on that category. Even if you don’t like solving puzzles, this game offers a range of different games to suit your needs.