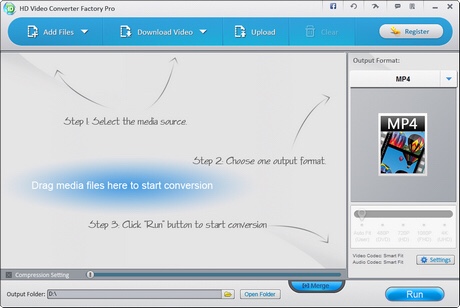 This monster collecting game is highly addictive and will have you reaching for your iPhone every time you seat yourself down on the train or bus. You simply won’t be able to leave it alone. The game loads easily I found onto my iPhone.

Why did I find this so addictive? Well for starters this is a great game for adults. It may appear that the sample pictures here seem to be for children but this is very much as it says on the tin and we are looking at a game suitable for those over 17. The game itself is very clever and involves a great deal of strategy and pre-play planning. For starters you need to summon the beasts and monsters while attacking the tower. 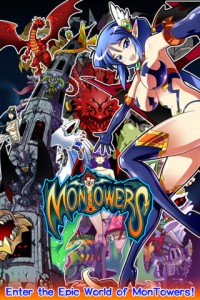 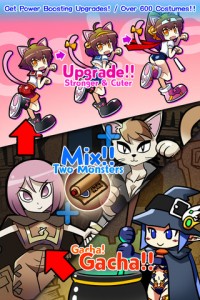 But before you can summon the monsters you would need to capture them first. The tactical edge this game has really makes it all the worth while. You see each monster appears to different qualities and powers. So you will need to use their powers accordingly. There is a catalogue of well over 650 different costumes that the monsters could use. So you can see just how detailed the monsters and their uses are.

If enjoying a battle is your thing then you have come to the right game. You can summon your monsters that you have managed to capture when you were battling away in the tower. And this is where it gets interesting. There are a stunning 500 levels in the tower alone. It is possible to capture all the monsters in the tower although I personally have failed in this task thus far.

The great thing about MonTowers – Legend of Summoners is you can use spells to grab those monsters you do not have but could certainly do with in your bank. It is also possible to upgrade your monsters, which is something that came in handy for me, and when you do upgrade its costume subsequently changes. As I have said, the strategy and the skills involved really do put you to the test.

Every month the app gets an upgrade and my MonTowers continued to evolve, which I thought was kind of cool. Another little thing that was cool was when I took MonTowers round to my friend’s house that happens to be married to a Chinese lady; she gave it to her son who was able to play it in Chinese. It supports four different languages I later discovered.