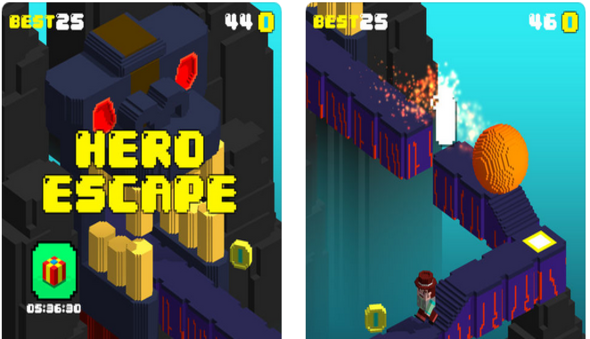 Racing games on the Apps Store have been in short supply, so I’m glad to see a developing team actually try to make one. With Need for Speed app games being less than average, there is no “big” competition in this category.

Still, there may be reasons why no developer can create a good app on racing, maybe creating navigation is too hard or making the game realistic. Formula Micro GP 1 has a good track set in front of it, no competition and the only dangers are that they make the game slightly terrible.

There are some minor problems I’ve picked up while playing the game, the navigation is my biggest problem. Even though once you get the hang of it you seem okay, there are no instructions of how you navigate your motorcar, so you’ll have ten minutes crashing into the wall with your phone vibrating frequently, before you understand that you must move the wheels of the car with the touch-screen. There is a “TIP:” that tells you how to do it , but this may not come up when you are just starting. 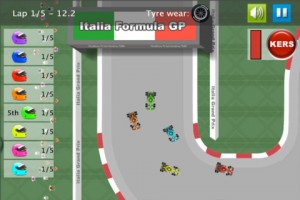 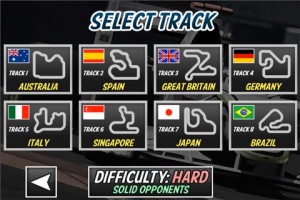 Once you get through that cruel few minutes, the game starts to look up a bit. You are able to keep on track and use some real life racing car advantages. After you’ve had a few goes, you can try to face the NPC’s in a Formula one race, and maybe you’ll even win the cup.

The game has a few different playing options and a few different car options, even though it seems there was a lack of imagination when they named the cars! The tracks are good, they aren’t excessively hard and once you’ve become good, you find they are just like real tracks, with a few tricks to keep you working.

Openfient is the game sharing network that Formula Micro GP have used, I’m a bit disappointed, given that most apps nowadays use their own social network/score sharing network, but at least the app didn’t go with Game Center.

On a whole, this is a pretty good racing app, but it does need a lot of changes, especially to its navigation. They could at least give a little guide at the start, or just have navigation buttons when racing. They could also do with modernising the text, as it seems pretty amateur.