Vybe – The Social Platform to Connect through Music

On my recent week long stay in London I disembarked from the train at Kings Cross and went looking for a London black cab. Having the app Hailo – The Black Cab App (London Taxi and Travel Service) already downloaded to my iPhone I was surprised and pleased to see how easy it works. The app lauds itself as the biggest black cab app in London. It has more black cabs operating for it than the rest of the market.

Grabbing a black cab has never been easier as all I had to do was tap twice on the screen and the app tells you where your nearest cab is and a time for how long it will be until it gets to you. It works in central London and stretches out as far as all London postcode regions. From Enfield in the north to Croydon in the south it works great, although I tried it as far as Wembley where its limits were. The great thing is you will not need to stick out your hand any longer. 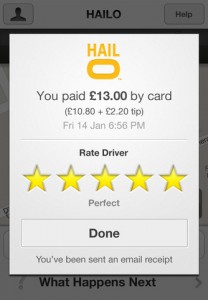 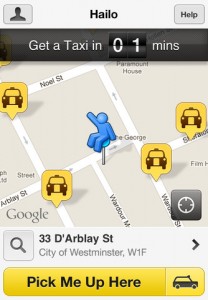 I noticed it has over a thousand five-star reviews and that is because it has so many black cab drivers in London on it’s books. Every one of its drivers is approved by Transport for London, a travel regulatory body in the capital. This is something that I warmed to as it means that it’s entire driver force meet certain standards which guarantees safety and security to all it’s customers, like me for instance.

Using Hailo makes life much easier than it would if you were using the tube or metro and bus services. The tube is also horrendously crowded and buses battle their way through London’s busy streets and have to stop every 100 meters or so to pick up more passengers. Hailo is one of those must have travel apps if you are a frequent traveller around the capital. You will find it is very simple and easy to use. I needed just two taps on the screen of my iPhone and one the cabs began its transit towards me.

The screen displays several little icons which represent London black cabs and they actually begin to move towards you once you have hailed one of it’s many drivers who are waiting to come and collect you. This app is very handy for travelling around the city. This will be a great app for users during the olympics and best of all it’s complete free.