If you thought social network sites like Google+ and Facebook could do with a bit of a rival then you may have well found it in BuzzE Social Networking. The latest app in social networking is a cool and friendly app that allows you to make new chums and mates from around the world. You could even make friends from just down the street if you prefer. Distance is no objet to your new and developing friendship skills on BuzzE Social Networking. 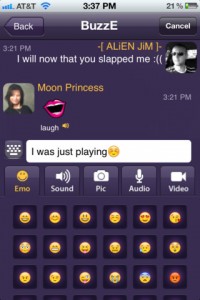 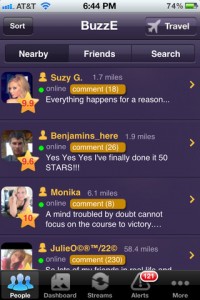 You can swap images of the things you did on holiday or a party you recently had or better still send a video of you and your pals back home having a great time at the barbecue you attended on July 4. Then send that video to your BuzzE Social Networking friends. It is a real social networking system that works. You can join in on conversations or debates about a certain subjects. Chat happily away about your favourite band or your football club. You can even get serious and argue who likes the Republicans and the Democrats and chat politics, if that’s your bag.

Then you can join in a conversation stream that somebody has posted on their wall as a status remark. You can even place something you like yourself on here and get the entire BuzzE Social Networking community to raise their collective eyebrows at your latest saying of the day.

If you have been searching for that app to make new friends from all corners of the globe then BuzzE Social Networking is the one you should be looking to download on your iPhone, and above all it’s free!