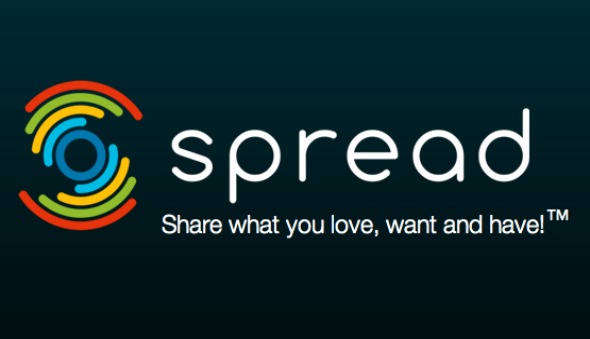 Spread a cool way to share what you love through pictures

I recently had the opportunity to test Lapse it Pro, a nifty app that turns your iPhone into a time-lapse camera. Now, I have to preface this review with the fact that I am probably one of the worst people out there for talking pictures. In the good ole film days I was notorious for developing a roll of film to find I had three different Christmas trees on the reel. So with that being said, I took to the task, with a little apprehension, to see what Lapse it Pro would be like to use.

I was pleasantly surprised. Lapse it Pro is a very simple app to use. It is an easy way to do some magical stuff with your iPhone. The default settings are pretty straight forward, but you can always play with them depending on what your level of expertise is with a camera. Now my iPhone is a year old, so the resolution was limited to 720p. The new 4S iPhone will capture your time-lapse in 1080p giving it even more definition and color. 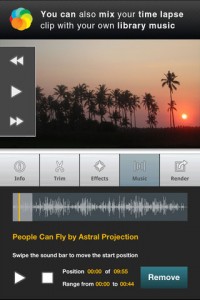 My first test was to play with the sunset. There was a slight breeze which actually helped in making the time-lapse even more spectacular. The colors were decent, even with the older iPhone, and the movement of the clouds made for an interesting capture. I would say one of the most important things before using this app is to make sure that you can and do stay still. If you don’t have a tripod, figure out a way for the iPhone to stay in the same position. If you move around or can’t keep the iPhone level during your capture the frames become disjointed and don’t flow well together. My second test, since I live on the West coast, was to prop the iPhone up on the shoreline and let it run. Walking for about 10 minutes, I was excited to see what my iPhone would observe. I had almost 120 frames, in five second intervals, showing the majesty of Mother Nature at her finest. The shoreline had the seagulls, boats, and the flash from the sun on the rippling water.

After you have finished capturing your frames, Lapse it Pro will seamlessly render the frames into a continuous film which you can then upload to your favorite site or social media outlet. Lapse it Pro made my imagination run wild with things I could use this technology on, perhaps a great lightening storm or a busy bee in my garden. I give Lapse it Pro 4/5 stars because it made someone like me, that isn’t a great photographer, feel like I was one of the best out there.