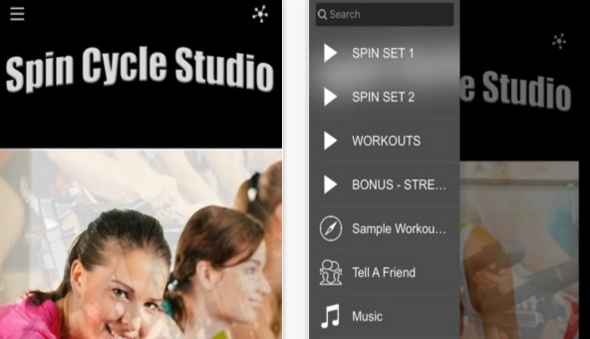 Following just a week after it’s release, Note Ledge® for iPhone was a feature in the Japanese App Store as New and Noteworthy. If you grab it quick you can buy it cheap as its new and within its promotional launch period. But let’s see what we thought of Note Ledge® for iPhone. There has already been an iPad version on the go for a long time and now the iPhone version has been launched and I thought I would see if it was fit for purpose on my small screen. Note Ledge® for iPhone is not just a notepad; it has a series of lines and allows you to type in text and add pictures to accompany your text. It certainly is handy for things like shopping lists or to do lists. 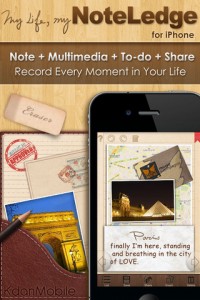 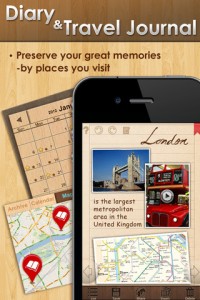 You do not have to type when entering data on the Note Ledge® for iPhone, if you wish you can use the handwriting pen so it works just like a real note pad tool. In fact in Note Ledge® for iPhone you can handwrite, sketch, type, talk and embed video or images. Imagine that, a note pad that shows not only your scribbling and notes but an image to accompany it too. Note Ledge® for iPhone comes with a very smart and good looking interface and it is very helpful with the intuition of the app’s tips and tricks. The several smart features on the app really can make your life so much easier. There is an even a facility on here that allows you to instantly share all your note entries (along with any accompanying videos or images) directly to Facebook or Twitter.

The greatest thing about Note Ledge® for iPhone is that you can throw away your pens and chuck away your paper note pads for ever. It can easily support your attempts to type in information and allows you to use the handwriting tool if that’s what you prefer. The versatile use of Note Ledge® for iPhone does not just stop there; I discovered the app can accept voice commands and spoken entries too. This tool was very handy when I recently went around a number of shops looking for a cheap high definition television. I did not want to type in every shop I had visited and price, model and other details so I simply spoke into the app and then took an image of each television so I could show the family when I arrived home.