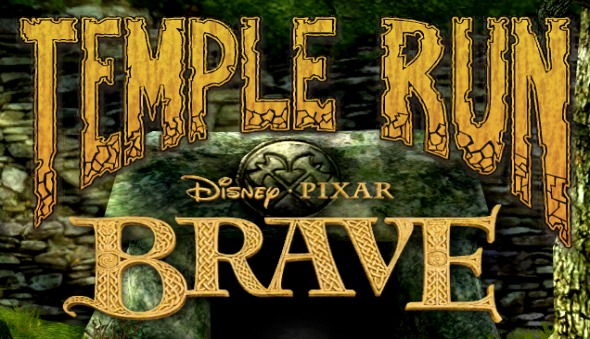 North & South is the classic style strategy game you will not want to stop playing.  The app is based on the retro game which involves the American Civil War between the north and the south. If you’ve ever played the classic you will soon realise that you get the same gameplay but redone to look beautiful on our iPad and add some intuitive controls.

You start off by choosing which side you’re on, the Union (North) or the Confederation (South). From there you will have to direct your soliders across the states to defeat your enemy. This is done by moving the troops across the map, and importantly taking control of the most vital points, stations and rivers. Like it is with any war you will need to fend off your enemies. The game has maintain it’s classic feel, enough to keep the old-gamers happy, while at the same time offering a lot to the newcomers. 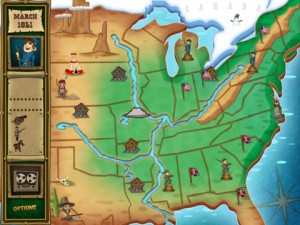 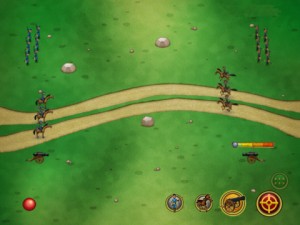 There are two different battle mode one in a board game style mode which allow you to move the troops across the map and once the North and the South cross each other on the map, you will be taken to the battlefield mode where strategy comes into play.

We like the cartoon style graphics, the developers have made the app entertaining and humorous. It is absolute fun to play. You can play in an extensive single player mode or challenge your friends locally on the iPad or online. Players can set different features such as the weather, Indians and Mexicans, Western towns and ship can all influence the gameplay to make the app even more entertaining. The only downside is, when playing battlefield mode, moving the troops wasn’t that smooth, something that the developers could sort in the next update.

North & South is a fast pace action, strategy game with some intuitive controls. The graphics and sounds are superb. You do get a huge gameplay for your money. North & South is well worth the time and money. For a limited time it’s available for $0.99, so get downloading.