Sing Me Something a Great Karaoke App on Your iPhone – Review

Crossroad Defenders is a game where you protect a tower from hundreds of barbarians striving to attack your kingdom. Playing Crossroad Defenders I found the action was tight and the graphics very slick. This epic adventure game is not a simple shoot ’em up style app game. It requires some use of your strategic mind and battle skills to get this to operate so you are in a winning position. Your task is clear; you will need to build up an army that will be fit to fight.

The issue with so many war games or battle game apps today is that they tend to be whimsical and similar to the games you may find in an arcade. There is often not enough mental warfare where the player is forced to use guile and cunning response. In reality invaders do not attack in small numbers with just a small number of their chums, they never seem to make it easy for you by walking into an invasion plan one by one. 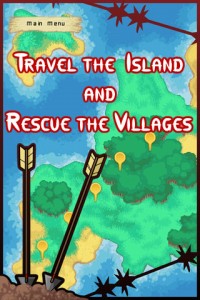 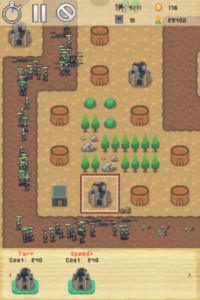 Crossroad Defenders allows you to become the mastermind behind propelling the invasion force. You will encounter virtual sieges on scale that resembles all out war plan battle. You repel invading armies in your own style and on your own terms. Basically you call the shots. Do not think that for a moment you are simply defending a single wall. Crossroad Defenders is a game with a challenge and you’ll be expected to battle against the barbarians from all different angles. They will attack from the rear and from above using weaponry that can penetrate your defences.

Crossroads Defenders has enough thrills and spills to enlighten the most casual gamer. This battle defending game can be played on your iPhone, iPad or iPod Touch and you are expected to plan your defence strategy with war-like precision. It is some of the smart features on Crossroad Defenders that appeased me most; very simple game plays via a bird’s eye view of the battlefield below. The defending options are open ended and this makes the tower defence all the more complex. You are shown how to use the control features and these allow you to defend your position with flexibility and speed.

Crossroad Defenders has fantastic in-depth battle options to include the fortress itself (that you will be asked to defend) and weapon upgrade availability too. Crossroad Defenders will take you and your strategic mind across dozens of different levels.

Simple, easy to play, with some great sound effects. The only thing is the i’m not a huge fan of the old school arcade game looking graphics but some will like.