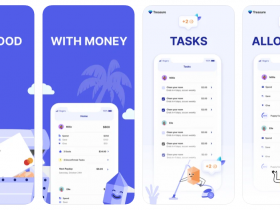 Free apps don’t come much better than PowerCam™, a new best seller with an ability to share a million shades of fun with your camera. This app has color splash. By all accounts no camera has color splash. This app has a tilt and shift feature and a panoramic viewer as well as an opportunity to add real time effects to your camera or video. PowerCam™ has many accolades and is clearly a big favourite among the many iPhone app download fans.

The App Store has regarded PowerCam™ as one of its favourites and even made it their App of the Week. Around 90 countries worldwide made PowerCam™ its number one app in the photo and video section of best sold apps. In the first week alone since its release it enjoyed a staggering one million downloads. During the first six months of its release it had managed a mind-boggling 32 million downloads. From those stats alone you guys should be downloading. 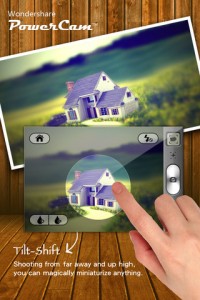 PowerCam™ is pretty much the most wonderful app for taking pictures with your iPhone, iPad or iPod Touch. PowerCam™ is primarily geared towards the photographer who is tired of taking the same old standard pictures time after time. There is nothing more frustrating than posted up a picture on Facebook and waiting to see who has commented and how many likes it has received. You know the score; time after time you get one like from your best friend and one nerdy comment and little more than that has been acknowledged on your image.

If this sounds like you then you need PowerCam™. It is feature rich with a host of great effects where you can chop around the image and give it a nice red hue or simply something different. You can add real time effects to your video or camera while you are shooting. There are around 70 different effects for making your image a little jazzed up. Try out the feature that let’s you do vintage, retro or straight forward black and white. There are effects on PowerCam™ that allow you to stretch and pull faces as well.

The advanced effects on PowerCam™ allow you to splash with colour and apply zany frames too. Your best friend will look a treat with a framed border adorned with her favourite flowers. There is a facility on PowerCam™ where you can share on Facebook, Twitter Tumblr, Flickr and even YouTube integration for any videos you take.

PowerCam™ is possible one of the best camera app available on the App Store.