Waking up on time is so important – you don’t need me to tell you that, though.

It’s likely you use a set tone or a panicky spouse to help you rouse from your slumber, mind, rather than a sound you actually want to hear.

EnSight Media’s latest app Radio Alarm Clock helps to make waking up as enjoyable or bearable as possible, though, offering several radio stations and tones to choose from.

Manchul Ko, CMO of Ensight Media, spoke to us about how his company’s app stands out in a crowded market, how easy it is to use, and why it shows how the sound of smooth jazz is popular (almost) worldwide. 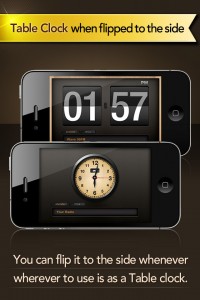 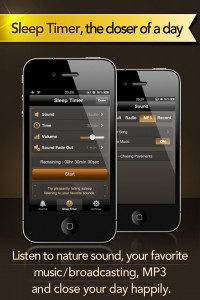 Accessibility is essential in an app like Radio Alarm Clock, but fortunately it’s as simple to use as you might hope. “You can listen to just the radio function if you like, but if you want to use the app’s other features, just tap on the alarm feature and Sleep timer,” Ko says.

“Simply touch ‘CH+’ and choose your favourite channel – you can either select the channel by country, pick from SHOUTcast channels, or search for channels directly and save them as Favourites.” According to Ko, not only is Radio Alarm Clock easy to use, but it’s also one of the more enjoyable alarm clock apps you can download. “For heavy sleepers, it’s great that they can wake up with a smile using our app. I mean, the iPhone’s default alarm sounds are not friendly, at all,” he explains.

“For light sleepers, it’s good that our sleep timer feature will put them to sleep easily by their listening to nature sounds or radio stations or MP3s.” What really helps separate Radio Alarm Clock from the many similar apps out there on the App Store, though, is its presentation – its design charmingly harks back to the early 20th century. “Users of the app are touched by its unique retro UI & UX design, since nowadays everyone is really focused on a purely digitalized world,” Ko explains.

“One example of this retro design is visible when the app streams the radio channel, for the app displays a ‘Channel Streaming’ animation – the user might really think that it actually searches the channel by itself.” Intriguing presentation and ease of use are present and correct, then, but there are also tons of different stations to explore. Ko says a few favourite stations have emerged. “Through the SHOUTcast channels, French Kiss FM and Absolutely Smooth Jazz are popular,” he says. “In their respective regions, the BBC, Europe 1, France Info, Japan-A-Radio, and K-Pop channels are also widely used.” 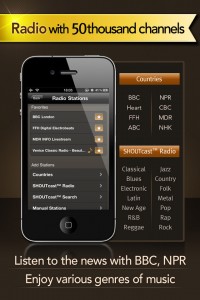 Developing Radio Alarm Clock was harder than you might expect, however, and integrating the radio channels into the app was certainly being the biggest challenge. “Our biggest difficulty was supporting the various streaming formats and overcoming the technical issues and guidelines,” Ko says. In terms of updates, Ko tells us there are no concrete plans in place.

“It is hard to guarantee specific features at this moment, but we will try to focus on social options that will help you interact with other Radio Alarm Clock users who listen to the same radio channels.” You can download Radio Alarm Clock for iPhone now – it is currently free to download, iTunes Link.