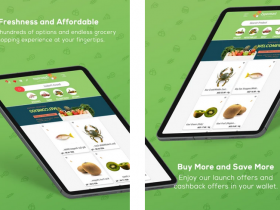 Here is a cool app that lets you use video effects in real time to turn your iPhone, iPad or iPod Touch into an augmented reality filter where you get to pick the effects that feature on every scene you point your video lens at. Cinema Trix allows you to have fun and do all sorts of weird, strange stuff on video, features that focus on visual graphics and special effects.

Why not try the special feature that allows you to place an alternate reality onto your video? You could try and film in Gothic horror style black and white video stream, video the film in noir or extra bright flashing colours. You choose the features and the style of surrealism you want for your featured video. 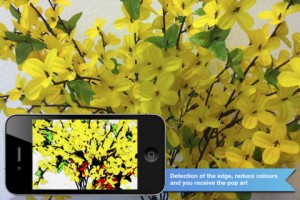 If you want, Cinema Trix allows you to shoot video and then chop and change it after the event. This lets you tweak the video to change it as you want, after the shooting. It’s an app definitely for those that like to experiment and have a creative imagination. It is possible to actually share your hard, creative work with others. By taking a snapshot of any frame within your video, it is now possible to take that still image and post it to your Facebook account or even on Twitter.

Indeed, Cinema Trix is fully conversant with the social media sites of Twitter, YouTube and Facebook and once you have tweaked your videos, upload them onto YouTube and store them for your prosperity while sharing them with the rest of the world. Export videos to any social media you choose is very easy or if you prefer to email the video, this procedure is also very straightforward.

The app lets your imagination run riot and creates alternate realities from your standard video shoots by utilizing the iPhones many special features it has for video recording. Cinema Trix has a range of features including several different colour filter options, edge detection, change of pixel size and the ability to blur video streams. You can also make your video into a poster using the high resolution photographic snap shots.

You will always have the option to edit your photos from the photo library and the app is compatible with Instagram, the social media photo sharing site, too. Capture video in cartoon style, reverse colour or vivid colour footage. Whatever your creative edge in filmmaking, Cinema Trix lets you set your imagination free.

I had only one issue with Cinema-Trix, the ads. You get a few within the app and sometimes they do get in the way. Cinema-Trix is a great app and would have gotten a 4 star if it wasn’t for the ads.