Fortnite is Available for iOS But Through Invites Only

Insider Tales: The Stolen Venus HD is an adventure and a puzzle app where you will search for a hidden object and indulge in several mini games which will appeal directly to those who are detective and investigation fans. The app starts off in a small town where a heinous crime has taken place.

The Birth of Venus is a famous painting by Botticelli, but it was in this small town in Italy that this priceless work of art has been lifted by some light-fingered thief. At this point we are introduced to the lovely, charming and unlikely detective Francesca di Porta, who actually enjoys the reputation of being the finest detective in the whole of Italy. She has been called in to help police and the museum locate the thief who has walked off with the famous masterpiece. 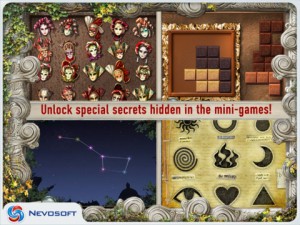 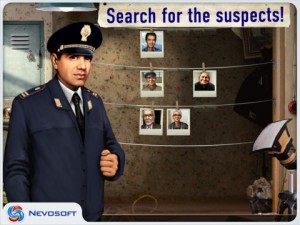 Francesca will search for clues in the abandoned castle of a secret society and prove to the police that the professor is innocent. She then goes off to a mysterious island to search for the real criminals and try and bring them to justice. The question is, will Francesca, beautiful as she is, find the missing stolen artwork? What will happen while Francesca is on this mysterious island and what will pan out?

Insider Tales: The Stolen Venus HD is an investigation detective saga that will pan out the way you decide it will. It basically depends on how well you play the game. The scene has been set and what happens on the mysterious island is very much down to how well you decide to play the game.

There are several different locations on Insider Tales the Stolen Venus HD and some very interesting characters. There is an ingenious plot and several incredible stories which are side-stories to the real adventure, giving you a feeling that you are engaged in something a little more than a hunt for stolen artwork.

Basically you have witnessed the unthinkable crime of the century and now it’s time to begin searching for clues. The graphics are really good and visually stunning and you need to hunt for clues by tapping on the screen and unravelling the mystery.

Insider Tales: The Stolen Venus HD is an all round detective and investigation story that will play on your iPad only. There is an iPhone version available. The app is priced at $4.99, but there is a lite version that you will be able to try before you buy. It’s time to get your deerstalker hat on and do some detective work.