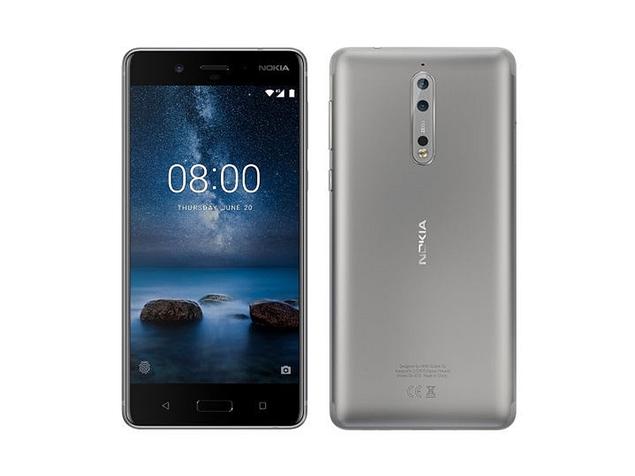 Emanata Comics allows you to discover the world of indie comics and books with a free app to work on your iPad, iPhone or iPod Touch. In the app guides review of the magazine Wired, Emanata Comics was voted one of the top picks in the comics’ reader category. The retina screen display also has also been optimised to work on the later versions of the iPad and iPhone. 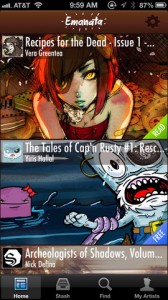 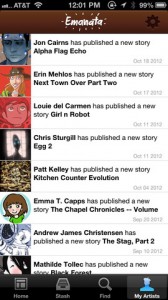 So, if you hanker for something a little less mainstream than all the rest, Emanata Comics will certainly provide unique, fresh and independent style of comic book writing, and who knows you may even discover a new hero in comic book writing.

Many users have commented on how well the app fits in with the iPad, in particular the size and the display being just perfect for the iPad’s big screen. The app opens up with a stylish introduction which offers you several books to select from, which scrolls along just like a comic screen. Emanata Comics offers the reader a chance to discover new writers and new stories they would have otherwise missed out on.

There is something unique about Emanata Comics. I think if you were to truly scour the iTunes library to see if you could find a comics book reader that showcases independent, new writers with their own ideas and stories, you would struggle. The independent writers on Emanata Comics can also be pleased to hear that all the updates that come with this app do so at regular intervals. The developers are constantly working hard to get the app just right and although the app is free, there are some in-app purchases that will cost if you want the more popular comic book stories.

All in all, Emanata Comics breaths new life on comic book reading and opens up the stage for new, independent writers to show what they can achieve.