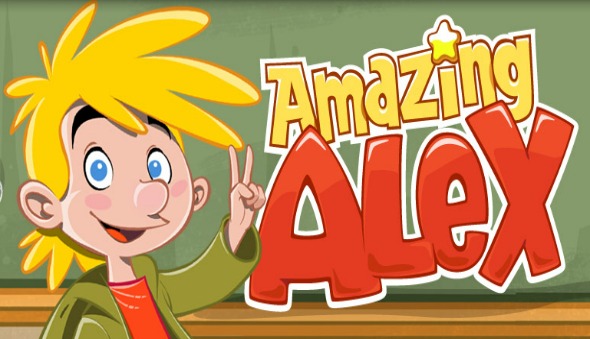 My Beastly ABCs is an app created by renowned animators and artists and the narration comes from Jim Dale, an actor and also the voice of the Harry Potter audio books. My Beastly ABCs is a delightfully interactive adventure about a shy, timid young boy who experiences a day he’ll never forget. His day id filled spending time with a plethora of friendly monsters from around the world.

My Beastly ABCs is fun, educational and the story really manages to come to life in a way that will enchant your children and us adults alike. You will play a number of entertaining games and activities. Many of the activities involve interactive game play where you’ll be pitting your wits against others, while the app will also provide for some of the highest quality sound and graphic artwork. 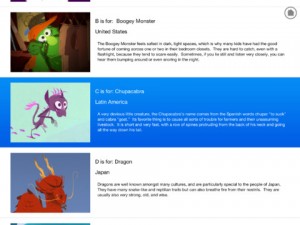 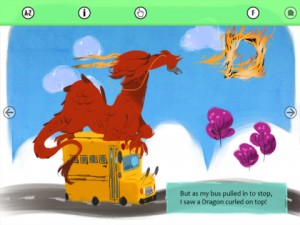 When we took a look inside My Beastly ABCs, there were several features which were quite dazzling; as many as 39 different levels or chapters and a chance to play a fun game of hide and seek in the dark with the boogie monsters. You will even be able to fight off a bully with the help of a “jackalope.” There are many monsters in My Beastly ABCs, but they are all pretty friendly, which makes this game suitable for the younger children.

Most of the monsters aren’t actually monsters, as such. There is a unicorn who loves to play Ring Toss and a sort of Will of the Wisp character who will play Chase or It with you. My Beastly ABCs is all very magical, and you can read up all about the beasts and learn what their characters do and don’t do. The beasts all come from their own unique locations; so why not read up and learn a little more about each one of them?

There are many features on the My Beastly ABCs app including high definition graphics, all of which have been created by renowned artists who help to provide this interactive unparalleled story tale. My Beastly ABCs really does provide a countless hours of entertainment with its engaging storybook line and bright, vivid colourful animations.

You can choose to listen to Jim Dale do the narrating on this app, or you can even decide to read it yourself. It has been recommended to upgrade your iPad to the latest iOS before downloading My Beastly ABCs; the app does not function on the iPod Touch or iPhone at this time.