Reign of Conquerors examines the intricacies of the Kingdom that cannot be appreciated by looking at simple screenshots or reading sentences, it has to be experienced in its full glory to be savoured. Take on board and battle with the strategic wisdom of the ancients, bow before the powers of your heroes, build your kingdom and then do battle with the enemy.

Reign of Conquerors requires that you are logged on to the internet in this strategic online battle. Its several main features make this a real value app. You can lead your troops to victory and use your heroes to help during many of the countless battles you will encounter. The battle lines are fast-paced and engaging and you will need your best strategic head on to overpower your enemies. 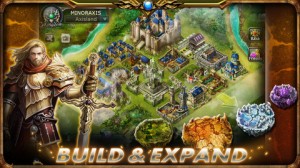 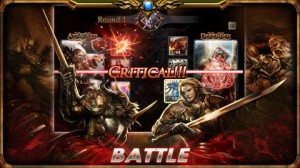 There are several different designs of buildings and many variations of troops to engage and use, so your strategic skills will be tested here. There are many dominions you can build to make them look aesthetically pleasing and even expand the structures to strengthen your base. Reign of Conquerors is about expelling monsters from new lands so you can expand your own empire, thus claiming these new territories for your own kingdom.

This all reigning, all-conquering app will even let you raid other kingdoms to earn extra resources and climb above the rankings. Then tighten up your own defences to protect your kingdom and its resources. To gain world domination you must form alliances and combine strengths in a series of mergers.

Why not invite all your Facebook friends to join in and become part of the conquest? You will receive rewards for every friend you recruit. There are simply countless quests you can endure to gain world domination and everlasting glory in Reign of Conquerors.

This universal app can be saved at the point where you leave it every time you play on all of your iOS devices. This means playing Reign of Conquerors on your iPad, logging off for the night but saving your position in the kingdom and then continuing where you left off the next day on your iPhone or iPod Touch.

iPhoneGlance Rating of Reign of Conquerors is [rating=4]