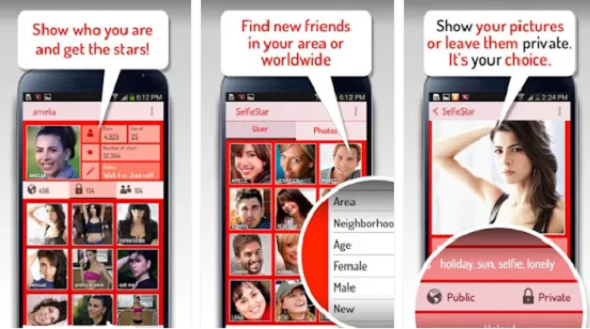 Art ABC is the perfect app for introducing your young children to the best methods in learning the alphabet. This educational and artistic app entertains, illustrates and engages younger players with a gracious and uplifting manner. All of the backgrounds are drawn from famous fine art paintings such as the Mona Lisa and the Hay Wain. Art ABC is where fine art gets together with the alphabet and it has to be the best method out there to teach your little ones.

The app has a soothing narrator voice and interactive elements that encourage youngsters to delve in and explore deeper into the app. Art ABC certainly is an app that parents will look upon in a positive light because of its educational aspects behind it. The beautiful illustrations will start by showing the user a picture of a tree with apples hanging from it, and the learner is told what the object is. All the while there is gentle soothing music in the background to engage the user while they learn. I did found that the soothing sounds were rudely interrupted by the piano (when showing that “P” is for piano) but that was to demonstrate the sound the object makes, I guess. 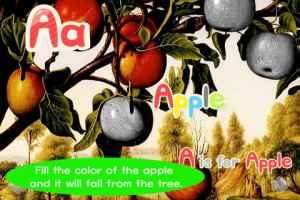 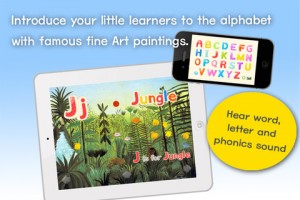 Art ABC has four goals and the primary aim is to teach young children the names of each letter of the alphabet. The app will slowly and melodiously take you through each letter and describe an object by saying its name clearly and repeating the word.

Art ABC also introduces the association between the written letter and the sound and by providing children exposure to the fine arts the app helps little ones to learn something about human creativity at an early age and who knows, it may inspire your children to become artistic and creative in later life.

Art ABC gives parents a chance to provide their children with a teaching tool and a fun way to educate youngsters. There are many elegant features on Art ABC, such as the simple interface that is so intuitive for our children, allowing them to practice the alphabet without the necessity of having to ask the parents every five minutes.

Some of the fine art classics displayed are from Degas, Rousseau, Renoir and Vincent Van Gogh. Every letter is elegantly presented against a fine art background, so it all becomes a great way for the kids to learn visually and audibly at the same time.