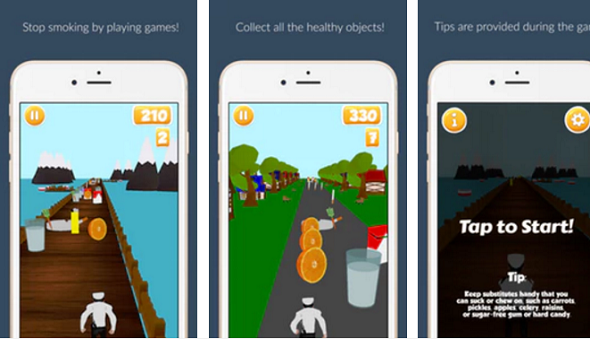 StopSmoking – Endless Runner That Can Help You Quit Smoking

Final Fantasy IV has been around for many years and has had a lot of fans over these past two decades and now it has finally arrived to play on your iPhone, iPad or iPod Touch. The current app available does not come cheap, but the immensely popular game has now reached its fourth instalment and its unique characters and drama-filled storylines made Final Fantasy a popular game, finding its way onto many platforms like the X-Box, Play Station and PC. Now the fourth edition of Final Fantasy is available at last on your iPad.

Final Fantasy IV is the first of its kind to use a unique system known as Active Time Battle (ATB), this has made it a key feature of the award winning game. Final Fantasy IV also sees the ability to transfer abilities from character to another, giving your character the chance to become stronger and have an edge in battle. 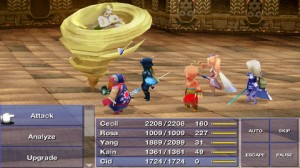 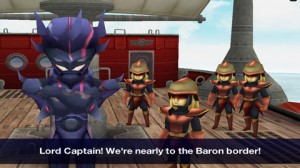 Final Fantasy IV is packed with a number of great features including voice-over acting for event scenes, where you’ll witness key events suddenly unfold with spoken dialogue coming through. The portrayals are always deeply emotional in Final Fantasy; any user of this game will have told you that and you can see each character go through one strong emotion to another with intense visibility.

There is also a brand new mapping facility on Final Fantasy IV. All players will start with a blank dungeon map which will add an element of mystic to the event. But the juke box system in the game is cool, as you select the sounds of your choice to play throughout the game, providing you take the music from its own selection available of course.

The story of Final Fantasy IV begins with the dark knight Cecil, who has questioned the king and upset him, causing Cecil to lose his command by order of the king. Cecil is captain of the Red Wings airship brigade and his team have been despatched to the distant Valley of the Mists, alongside a comrade Kain, who is commander of the Dragoons.

The new app for iPhone, iPad and iPod Touch features some startling graphics, all in 3D where you’ll see new backgrounds and improved events. The difficulty level in the app has been adapted so that one can play easily on the iOS platforms, so you can fully expect to enjoy playing this on your iPhone at last!

When I say the app doesn’t come cheap I really mean it doesn’t come cheap. At $15.99 that is a hefty price tag. I could purchase a book at that price, but hey if your a huge Final Fantasy fan then that price will probably seem fair. But for others, well I will leave you to decide. The game does come with some great features and contains a great amount of gameplay to keep one busy.

It hurts me to do this but Final Fantasy IV losses one star because of that price tag but it picks up a well deserve four stars.