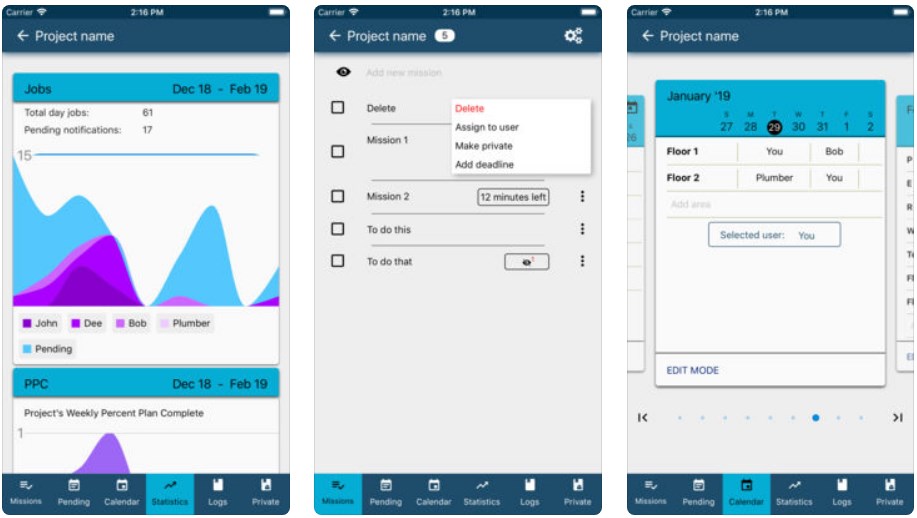 Rayman Jungle Run comes with the usual outstanding graphics using Retina Display, a host of new realms and worlds to discover, new powers to unlock and captivatingly brilliant musical score. The touch-based controls contain exclusive wallpapers to unlock for your iPad, iPod Touch or iPhone. You can also save all your settings and high scores on a number of “Cloud” based drives. 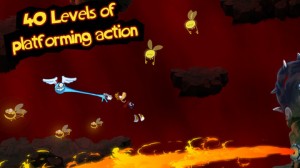 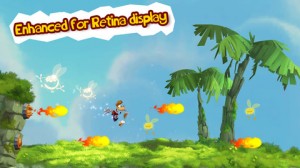 Rayman Jungle Run also has a Game Center Leader Board where you can boast to the rest of the world showing them your high score. It is a very simple app to play and all ages will pick up the rules and strategy with little or no problem. But if you want to actually master the app, then long term Rayman Jungle Run fans will be the first to tell you that it’s a real challenge.

If you do have the strategy and the skills then you’ll be able to try and unlock the Land of the Livid Dead levels. In the latest version (1.1.1) Rayman Jungle Run presents a brand new world for the holidays and 10 spanking new levels. There are also interactive environments where you the player can take part in different settings and scenarios. Among those new environments are a snow-filled jungle and several beautiful waterfalls. Added to all this a new challenge where you have to unlock the Land of the Dead.

All in all Rayman Jungle Run has a mouth watering 40 levels of platforming action. It has received the accolade of App Store’s Best of 2012 award and has been described as fast, tense and beautiful by some reviewers but others have found the new update contains adverts, which is not on for a pay to play app.

Rayman itself is also difficult or impossible to play should you wish to control him yourself. Many gamers prefer to be in control when they play rather than simply jump when you want Rayman to get out of the way. That said, its vibrant colours and wonderfully illustrated characters will bring this game to life. Younger children can enjoy it too, as the app is easy to pick and learn.