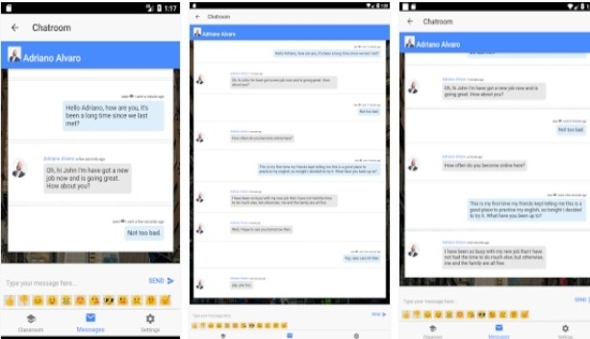 LinguistBook – English Learning Community for All

Tap, Crackle and Pop has come up with another ingenious game app that can be downloaded for free. Yumby Smash will keep you busy for hours and some critics have warned this app is very addictive. Pretty much the strategy behind Yumby Smash is to break, smash and blow stuff up. I guess in a way, it’s very therapeutic for stressed out students or yuppies.

Yumby Smash takes one through a staggering 90 different levels of fun-filled mayhem. In just about every level you’ll encounter traps or monsters, or both. But, here’s where you come in and use your special powers to blast through blocks and defeat your enemies. You can even create your own levels and play against Yumby Smash with friends and family. 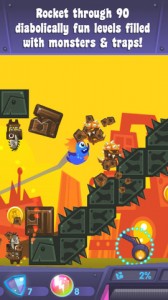 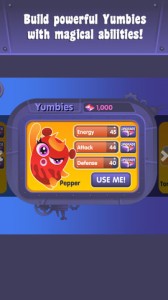 The key features on Yumby Smash include the three complete and separate worlds with a total of 90 different levels. There is no limit to the amount of player-created levels you can build either. Yumby Smash has also announced that it will be building in expansion packs into its next update, so you can now explore the enchanted world of the Yumbies and smash everything in sight.

You can build powerful little Yumbies with added magical abilities. There are levels to every one of the Yumbies, including energy, attack and defence levels. The grading can only be increased if you upgrade however. Once you have your special powers you can use them to blast your way through blocks and defeat the enemies. But creating your own levels and playing them with friends has to be the real fun part of Yumby Smash.

Yumby Smash begins with a story of enchantment and devastation in equal measure; Colonel Crumpet is a demented old fool and has constructed a nasty weapon that sucks up all the food out of Planet Yumby. The Yumbies must battle their way past all the tightly-woven defence of Gobbler Hoards, traps that scare the life out of you and towering fortresses. The weapon Colonel Crumpet has named has been named as STARVE, and that is exactly what it intends to do.

As the Yumbies go about their business saving the planet they will be forced to find and break up pieces of STARVE, whilst Colonel Crumpet’s underlings are busy manufacturing new parts and rebuilding the machine you are trying so hard to break down. Only by reaching STARVE and dismantling it do the Yumbies stand any chance of not starving themselves.