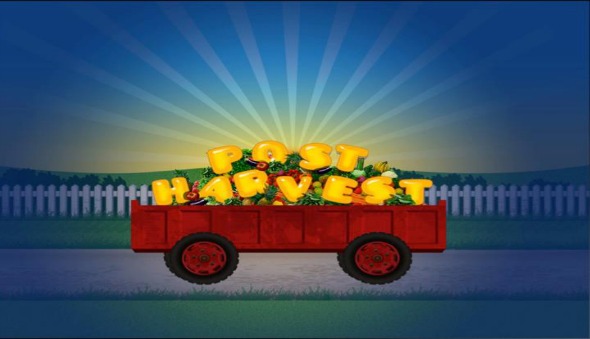 If you like your murder mystery suspense then Murder Detective 2 is an adventure game that will get your juices flowing. The two detectives, Stephanie Rogers and Phil McDermott, will join you as they try to solve the death of a man at Lynton Church. Your role will be to unravel this complicated story and try and solve the mystery. There are plenty of great features in Murder Detective 2 like the thrilling storyline itself which is full of drama, murder, mystery and suspense.

There are several mini games and puzzles to whet your detective appetite and many hidden objects where you can actually interact with all the characters. Game play is enhanced by cinematic cut scenes and you can interact with the inventory and objects. Murder Detective 2 is an absolute gem of an app for any fan of the murder mystery genre and there are plenty of different locations where you can go hunting for clues. It’s like being in your very own Sherlock Holmes or Hardy Boys mystery, and it has all been recently upgraded following concerns raised by gamers who played Murder Detective 1. In the new version corruption has been added and the developers have provided a totally new experience from the first edition with many upgrades and new storylines. 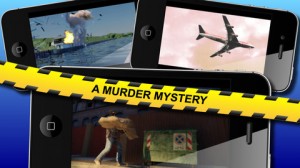 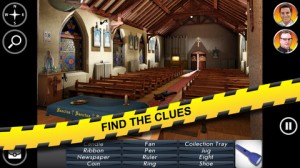 There is even an email support contact for gamers who become stuck on one of the screens and are unable to further advance into the murder mystery adventure. Simply email the team at  tell them where you are stuck at and they will advise you on how your murder mystery adventure can go forward. You will instantly become a top sleuth and help detectives Rogers and McDermott solve the baffling mystery of why a man was murdered so brutally at Lynton Church.

The graphics on Murder Detective 2 are outstandingly brilliant and the detail at Lynton Church is quite stunning. There are many clues that you should hunt down if you want to solve the mystery and they include a candle, newspaper, coins, fans, pens, jugs and a single discarded shoe to name but a few (ill.). You will need to get interactive to find the killer and solve the mini clues if you want to move towards bringing the man’s killer to justice, just like in the dramas shown on television. Murder Detective 2 is available for download at $2.99.