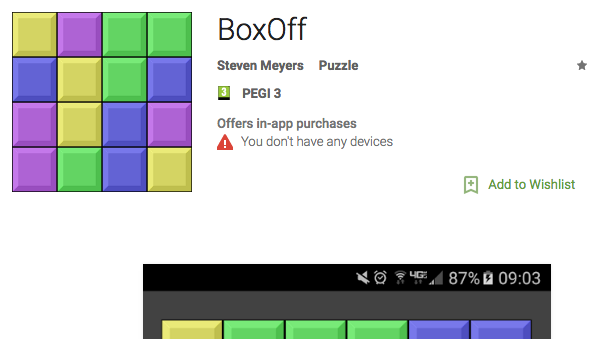 BoxOff Opens Up On Android

This free game application sees Captain Clumsy desperate for your help. His quest is to recover the lost treasure he so clumsily allowed to fall into to the beaks of the gulls. Join Captain Clumsy in his quest to get his booty back and regain his lost wealth.

Captain Clumsy is all about the saga of a man called William Clumsy. He is clumsy by name and clumsy by nature and a pirate captain on the verge of retiring. During his working career he built up a hefty booty during his days on the high seas as a pirate. But in one moment of clumsy madness he forfeited a lifetime’s treasures to the seagulls. 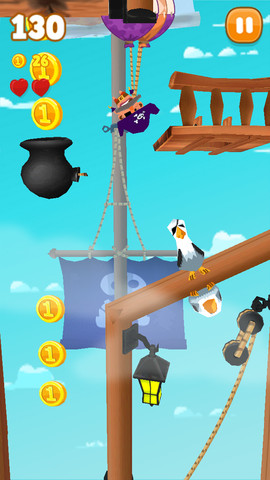 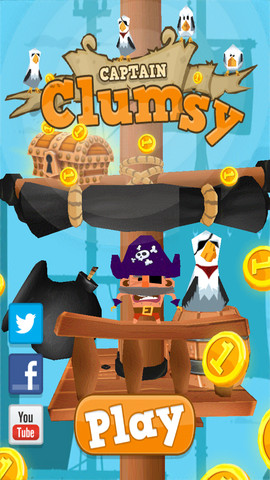 With all his loot now in the hands of the gulls Captain Clumsy must use guile, skill, bravery and dare to retrieve his lost booty. Captain Clumsy is a smart, challenging app with insane amounts of fun and has been handcrafted and developed with great emotion. The physics engine is cutting edge with its ability to slow down, fall, push, break, bounce, smash and magnetize. The three dimensional graphics are supported by full retina resolution.

There are 26 fully handmade, unique levels with several twists and turns at every angle. Remember the guy that performed the soundtrack for “Angry Birds” and “Angry Birds Seasons?” He was Ari Pulkkinen and he provides a similar scintillating soundtrack on here for Captain Clumsy.

Captain Clumsy produces a number of pirate power features where you can upgrade your power up ability, gain extra health, create extra balloons and drink the elixir of the pirates. You may need to use the feature known as the Gull Smasher; this helps you to smash the gulls because without it you will certainly die if you encounter a flock of gulls, so it is best to try and avoid them or perish. There may be times when avoiding the gulls is not possible and the Gull Smasher will come in handy for those moments when you just need to exact revenge!

Another feature is the physical barrels, which can be used to smash down on the gulls’ heads. There are a total of 28 hidden legendary treasures and your task is to find them all. There are a total of 14 levels of achievement to master in the Captain Clumsy app and a comic book story opens up with an introduction on the story of Captain Clumsy, which makes for a very entertaining piece of viewing.

Captain Clumsy is a really great game, good for when you’re out about and pack some amazing graphics. Download it for free.