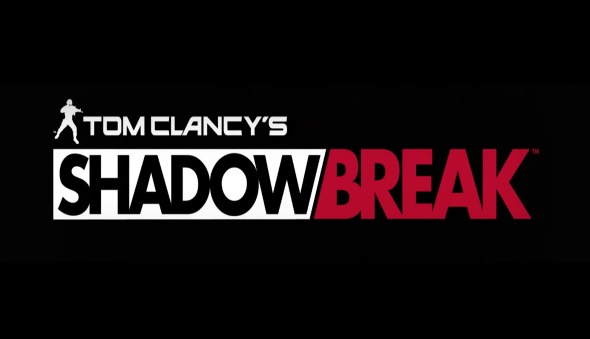 Tom Clancy’s ShadowBreak Due to Release on iOS

If you are a movie buff and love to sit down in the cinema and watch a good film, then you’ll love the Movies Quiz. This app will get film fans guessing the film title from hundreds of movies from different genres like western, romance, horror, adventure, action hero and comedy and from all different eras too.

It’s a fantastic game that will get you and your movie loving friends guessing the titles. There are basically three kinds of clues that you will have within the game; the plot, the central stars and characters of the movie and the name of the movie with some key letters missing. 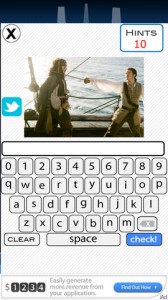 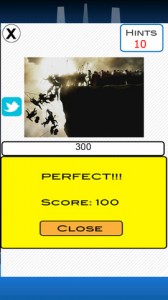 For example, in the plot for E.T., the Extra Terrestrial you will have an alien being, lost from his own kind, found by children and hidden from the adults. At a later stage in the film the alien gets sick and almost dies. For the main stars of a film you will be asked to guess which film starred Jack Lemmon, Tony Curtis and Marilyn Munroe; naturally of course that would be Some Like It Hot. For the third type of clue you would be offered something like “_L_SE __CO_NTE__ O_ T-E TH__D KI__.” To complete this clue you will need to complete all the missing letters that will end up displaying the full title of a famous film. The example listed above is, “Close Encounters of the Third Kind.”

If you worried about guessing movies only in the English language then worry no more because The Movies Quiz is multi-language supported and you can safely type in your answer in English, Italian, Spanish, French or German. Furthermore, there is no need on your part to change any settings as the multi language settings are already switched on to go. You can have hints that are set up in your own language by going to the “Select Language” radar button.

So, if you are into movies and love trying to guess which movie you need to know to score points, get playing the Movies Quiz now. There is a Game Center Leader Board where you can see your name displayed in the top 10 rankings, assuming you are good enough, and there are a number of trophies and special prizes you can win if your movie knowledge is up to scratch. The Movies Quiz is compatible with the iPhone, iPod Touch and the iPad.

iPhoneGlance Rating of The Movies Quiz is [rating=4]