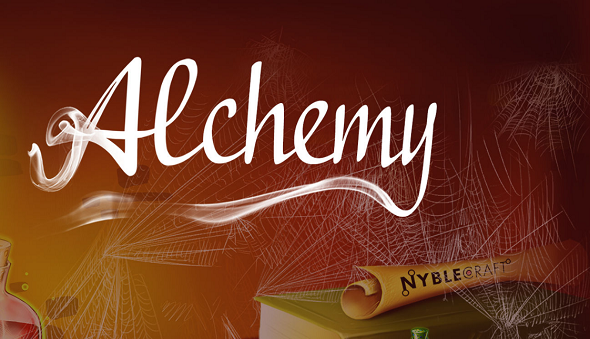 Alchemy is A More Entertaining, Enjoyable & Addictive Twist of the Classic Alchemy Game

In this app you can have great fun with a WeeWaa; a furry guitar-playing character that resembles a whacky kind of gremlin. The animated Wee Waa lives in a village which you are empowered to try and save. You will be tasked with taking care of your own furry Wee Waa and help to save his village. You will also save the day for the WeeWaa, providing of course you are successful enough. The three dimensional Wee Waa world is animated, colourful and full of whimsical music with enhanced physics based game play.

In WeeWaa RockOn you will play a magical musical instrument where you must shoot waves of mesmerising music at the unhappy grumpy Groompas. If you purchase the paid version of this app you will encounter a second Wee Waa world with many more features and even more riveting physics based game play. Your efforts must secure those grumpy Groompas into nets which are waiting to ensnare the unhappy critters. 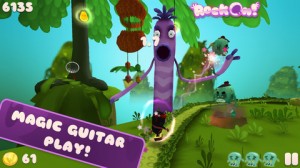 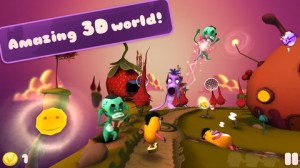 You can also buy extra power ups that will help you defend against the Groompas and keep them at bay. Remember these unhappy guys are your enemy and your nemesis. The Wee Waa can be kitted out with new clothing and new musical instruments which you will have to purchase. There is a game center support board which will give players tips, tricks and also the chance to swap out some musical instruments or clothing for your WeeWaa.

There is also a leader board which logs all the achievements and trophies you have managed to capture. Try and see if you can get your name into the top 10 leader placing on the board and put your name up in lights for all to see. There are also a number of missions you can embark on with you choosing which one you should take on. WeeWaa RockOn has several levels too and don’t forget you can enter into a second world of the Wee Waa when you purchase the paid version of the app; and at just 99c for the paid version it may well be worth exploring this extra level if this addictive game play app really takes your fancy.

The graphic are really quite ethereal with its three dimensional zones and freaky colours. The music is also really nice as it has been provided by a Norwegian new wave composer called Cukoo. WeeWaa RockOn is a great app to download.