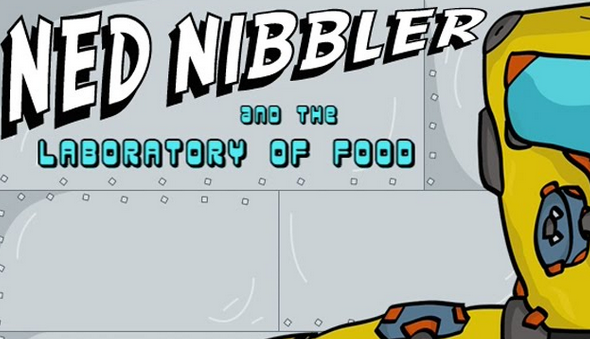 Cosmo Battles Free is a new game that involves strategy and tactical skills accompanied by outstanding graphics and an easy to use interface. Cosmo Battles, as you might expect, takes place in space and you will embark into an exciting journey throughout the galaxy because you will play as the captain. You will be responsible for several motorized Space Marines and you will embark on many journeys and great adventures, visiting several locations in the galaxy and playing a number of interesting stories.

You will be able to unlock new types of units and upgrade them accordingly, plus you can pick up bonuses and use them throughout your battles. Cosmo Battles will mean your strategic skills will be put to the test so you’ll have to find a way to use tactical tricks on difficult terrain to combat your enemies. What you will like about Cosmo Battles is the fantastic three dimensional graphics of space, particular when you pass some of the gas giants and planets. 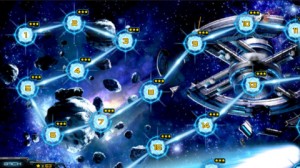 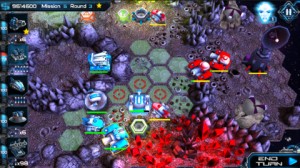 There are a total of six different missions to complete on Cosmo Battles and depending on how good you are – you can select a difficulty level that ranges from very easy to extremely hard. The game has three types of unique locations and six types of combat units. There is also a system where you can upgrade your units to make them more dynamic and effective when combating your enemy.

The six types of combat units are First Blood, Execution, Brutal, Mega Killer, Spiny and School of Artillery and each one give you great variation and battle options. The battles do not all happen in space as you will occasionally go onto a planet surface and get involved in a number of battle situations there. Also, you will find yourself doing regular battle on a number of space stations too, including being forced to attack some of them and avoid being blitzed yourself.

So, if you like your space-based games and enjoy to do battle using strategy and tactical skills then Cosmo Battles, with its very nice graphics, is likely to float your space boat. A recent update has added some technical improvements and it can be played in several different languages. Cosmo Battles is a turn-based game that works as well on your iPhone and iPod Touch as it would on the iPad. So, get your best strategic skills at the ready and do some cosmic battling!