Valkyrie is one of the more popular games over the past decade as has been thrilling gamers of all ages as a well-known and addictive game play challenge. So, what exactly is a Valkyrie and who is he? A Valkyrie is you, the player, and your task is clear – you have to take the souls of fallen warriors and place them into their final resting place in the halls of Valhalla.

Now, this all sounds easy enough but if it really was easy then anyone can do it and not just anybody can be a Valkyrie. The question for you to ask is do I have what it takes? This is a first person runner game and is not really for the feint hearted or for those a little slow when it comes to fast reflex actions. You will have to jump, slide across light and high bridges, and deactivate and break down walls, and during all this you will need to collect those fallen warriors. One tip when playing Valkyrie is that you need to keep those fingers and thumbs very close to the screen at all times. 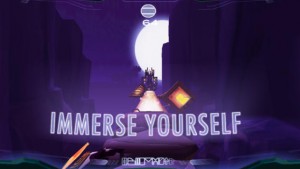 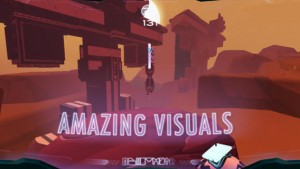 Valkyrie is definitely an action packed drama game existing in a dynamic interactive environment. You will be guaranteed rich, deep and realistic sounds with cinematic sound effects. You will need both strategy and speed to master the progressively built obstacles. There are 10 unique and increasingly challenging levels to play with and this highly addictive game even works on a skill enhancing Endless Run mode.

The world of Valkyrie is both sleek and mystical, and mixes futuristic action with the ancient to create an immersive gaming event right here in your hands. We noticed that Valkyrie was not overly loaded with excessive and unnecessary graphics, nor does it have lots of silly music which normally annoy people. Instead it focuses on the fundamentals of the game and there are more than just a few ways whereby you can increase and improve your skill set. Valkyrie will certainly test you.

Many people will try and ultimately many will fail; only a few people will have the skills and strategy to take the dead warrior souls back to the halls of Valhalla. In fact only a select few will have what it takes to be a Valkyrie. This well-known game costs $0.99 to download and is compatible to play on the iPhone, iPad and iPod Touch.

iPhoneGlance Rating of Valkyrie is [rating=4]