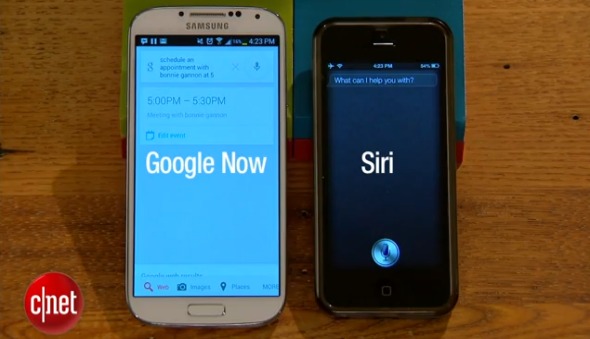 Siri vs. Google Now, who will come out on top (video)

The iPad made it official: tablets are in and they are here to stay. Shortly after Apple proved that the market was solid and explosive in growth, the tablet wars began. Powerhouses in the e-reader market Amazon and Barnes & Noble started making bigger and better devices which left the dedicated e-reader market and became tablets. Other power players in cellular and tech started entering the fray and it seems that just about everyone makes a tablet now. One of the hottest markets is in the 7 inch tablet sector, normally dominated by the e-reader market. Apple has jumped in and so begins another battle of the tablet wars. If you want one these tablets but aren’t sure which one is for you, here are some of the pros and cons of each device.

Ok, so it is not technically 7 inches, but instead 7.9. It’s close enough to count in the market. Apple’s first venture in the smaller tablets that have been led by the e-reader markets, the iPad Mini is looking to make a splash. Bringing with it the famed closed system concept that Apple espouses, Apple controls every bit of the process, including the app store. Some argue that this means that you won’t see the innovation in the market because the process becomes stagnant with less competition in the market. Others swear by the Apple approach. Surely you’ll get one of the more developed “App Store” experiences with the iPad Mini because Apple has been the leader in that market for a while. However, you’ll certainly feel the pain in the wallet as this is definitely the most expensive tablet in the field.

While Amazon and their Kindles started the e-reader market, Barnes & Noble hasn’t let itself get far behind. Working to close the gap and become the top dog in the competition, the Nook HD and HD+ are the top end of the 7 inch tablet market. One of the things Barnes & Noble is especially proud of is their suitability for families. A huge selection of children’s books and a great screen make this already a huge asset for the family. Even better, The Nook HD has the ability to create up to 6 different profiles for members of the family so that you can manage and personalize the content.

The original leader in the e-reader market, Amazon’s Kindle has continued its prominence. Amazon’s wide store variety and services like Instant Video are conveniently accessed on the Kindle using its unparalleled dual antenna wireless Internet, aiming to be among the fastest in Internet surfing and download speeds. In addition, Amazon has hoped to earn customers by including a month of its premium service, Amazon Prime with purchase of a Kindle Fire HD.

With the market exploding, there are many options when you are looking at buying your first. These three are the leaders but there are plenty of options. Doing the proper research will ensure you get a tablet you love.