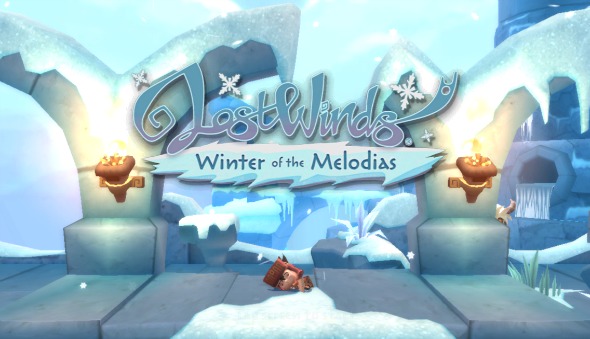 LostWinds2: Winter of The Melodias – Review

Star Arcade’s newest mobile application Diamond’s Paradise is an online-multiplayer game for the iOS and Android mobile devices. There game has no single player mode and no practice modes, it’s all out diamond exploding action on online versus mode. At first it seems like you would want to get some practice in… but once you gain the concept of the game through the first time you play, it gets quite addicting battling it out against other players; or the bot presented when player’s are not available at the time.

For the bejeweled fans out there this game is definitely an interesting twist…match the diamonds accordingly and get the biggest chain possible and blow them up. One team is blue, the other red. Try and take the advantage by gaining the most neutral colors as possible at the beginning of the game, and shred the opponent by blowing up their captured colored diamonds. The game also offers a twist with different power-ups within game play that can make or break you when its gets close to the end. You must reach 35 diamonds before the other player reaches the target amount. By taking out there colors it decreases the amount of diamonds you’re opponent has..vice versa. 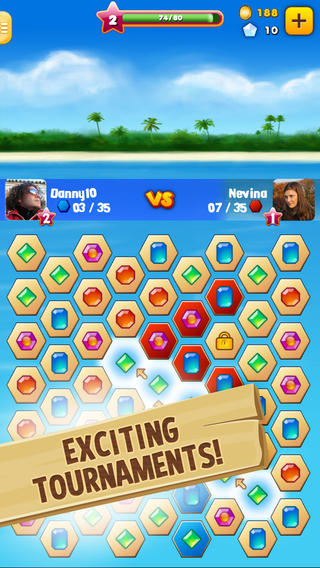 The game needs a bit more players, and once it catches on it will be a lot more entertaining; by always having the opportunity to defeat other players rather than just the computer. The game also features live tournaments that cost diamonds to win various prizes..looking into a few tournaments the prizes consist of stuff like expensive watches, Ray Ban’s, one year for free Netflix voucher and more! You must use diamonds to enter the tournaments which cost real money. Although if you’re good at the game it may just be worth you’re time. You can always compete in the leader boards for free!

I would recommend this game to a friend, to challenge them and try it out. I had a few people download to try it against me and was a lot of fun! They ended up continuing on even as I left the room. I would have to say..it was a little difficult finding some patterns around you’re finger on a small screen. By using my iPad it was a lot easier! Check it out.. its free! 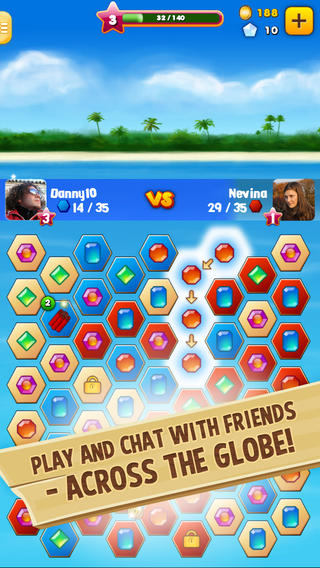