Create A Funny Story With Balagan – The New Drinking Game App For Friends!

Annihilating aliens is what some of us do best and Alien Shooter EX is just the perfect app for fulfilling this duty. Alien Shooter EX is an explosive and addictive RPG style shoot up game with one alien eye in the future. It has just been launched and is available for $1.99 for a limited time before it will go up to $3.99.

The game is certainly fast-paced and full of action and has a 3D shooter which begins with alien invaders resurging upon your 3D world. The action in the story does not start at first as the hero has retired to the country, to try and get over the wounds and scars that he suffered from the last merciless encounter with the merciless monsters from outer space. But although our hero is in rehabilitation, he just cannot resist the temptation on going back into battle and using his warrior like skills to overcome the evil, merciless alien life forms. 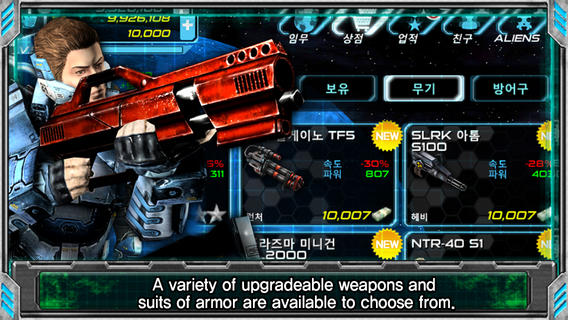 A warrior never hangs his boots up and would prefer to die in battle side by side with all his fellow warriors and our hero is no different as you embark on a world which has several beautiful graphics and a 3D world with amazing textures and a strange but haunting soundtrack. The music, graphics and 3D effect all make for a really compelling atmosphere here with Alien Shooter EX.

The game will let you collect a number of futuristic weaponry, plenty of epic gear and coins throughout the game which will help you to upgrade your arsenal and combat more effectively against the invading alien forces.

You can slaughter your alien enemies at long distance or close up if preferred. You will also be involved in a number of different strategies like collecting data, exploring vast areas of the country and marking out your battle force areas, moving up through different levels – all of which are in a three dimensional wonder world, and completing missions of ever increasing complexity. But all the while you will be learning all about your enemy and getting to know their weaknesses and strengths. 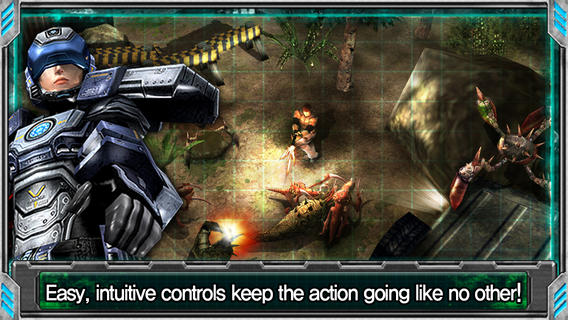 The more you learn about your aliens, the better the chance you have to succeed on your quest to beat up the aliens with your shooter. Alien Shooter EX is elegant and uncluttered with an expansive 3D world that will make this jaw dropping as you battle the invasion force.

Alien Shooter Ex packs some amazing graphics and superb gameplay. It is well worth the $1.99 price tag.