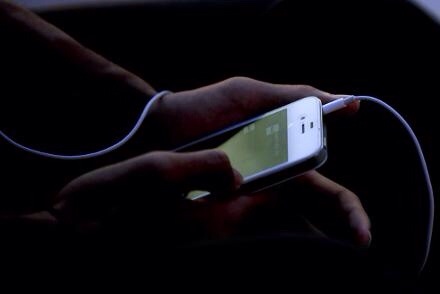 The Smartphone Revolution and Online Gaming

Cyber Monday continues to gain such great popularity amongst consumers that it has even become a popular vacation day for e-shoppers. RetailMeNot reports that 25% of all consumers will spend at least half of their workday on Cyber Monday looking for deals and steals rather than getting work done. While laptops and PCs remain a strong engine for Cyber Monday e-sales, retailers have began to focus more and more on the mobile market. How will the popularity of smart phones and tablets affect the holiday shopping season?

Though Cyber Monday remains an American consumer institution, other nations have sat up and taken notice of the massive potential for e-sales. An eMarketer report on the popularity of mobile markets notes that the markets of emerging nations depend heavily upon mobiles, such as the 25% of all Turkish citizens who use a mobile to research a product or the fifteen million customers who place 80 transactions per second on Kenyan mobile banking platforms. Mobile-enhanced e-sales allow a company to extend their reach far past whatever boundaries a brick-and-mortar store could ever gain.

How much longer will retailers urge customers to check out a website instead of download a mobile app? Those days may already be behind us, reports ComScore. The “multi-platform majority”, or those who use more than one device to access the Internet, has hit 54%, while mobile commerce grows by 30% per year. Not only do major retailers like Macy’s offer social media integration on their Cyber Monday website, but they include multiple mobile apps for everything from shopping to shipping to reviews. Retailers that do not feature an all-in-one app for their shopping platforms, or those that only rely on a website to run e-sales, will lag behind those who do.

While the primary purpose of any cell phone involves making calls, mobile communication encompasses so much more than voice calls that retailers have begun to create multiple avenues for customer feedback and information. Just as callers expect a prompt answer to their questions, social networkers want answers pronto. Retailers have begun to gear up for the incoming surge of inquiries in order to accommodate the new generation of e-shoppers who expect an answer to their e-query within no less than sixty minutes, as SocialHabit reports. Mobiles allow a user to talk, text, e-chat, use social media, and leave comments in an online field, giving customers greater flexibility than ever before to add their two cents.

Few things go together like mobiles and social media. According to Mashable, six of the ten most popular apps for mobiles come from social media developers. Social promotions have become a handy tool in any retailer’s arsenal, allowing them to get their brands and products up onto the front page of a Facebook feed, Pinterest pin, or YouTube outlink. Cyber Monday and social sites will feed off one another as users recommend and promote purchases to their pool of contacts after hitting the “buy” button.