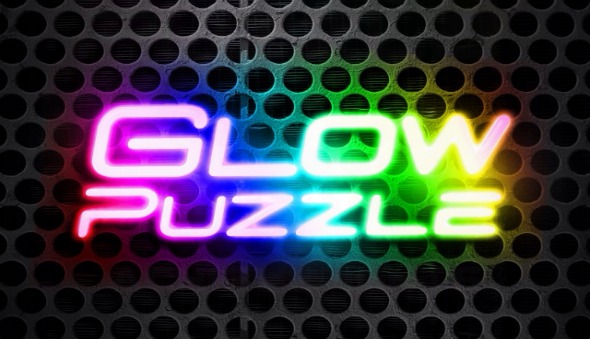 You will love Sweet Gummy Bear Clickers as in this app you can create millions of delicious candy treats with a single touch of your finger. Firstly, we found this app to have beautiful colour graphics, an easy to learn intuitive program and some great sound effects. Your task will be to click on the bear as quickly as you can and you’ll find there are several challenging levels to come even after you have clicked on the gummy bear.

Reaching even one of the lower levels on Sweet Gummy Bear Clickers can be challenging as we noticed even on level two, arms were getting sore and concentration levels were difficult to maintain. The game is extremely addictive, easy to play but challenging to get to the highest levels.

Basically, we had to create as many Gummy Bears as possible (it’s more likely at first you will create hundreds or thousands rather than millions) from your imagination. And the best part is when you get to challenge your friends and family to get the sweetest revenge ever. 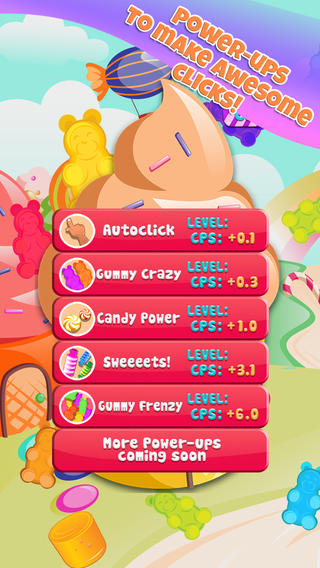 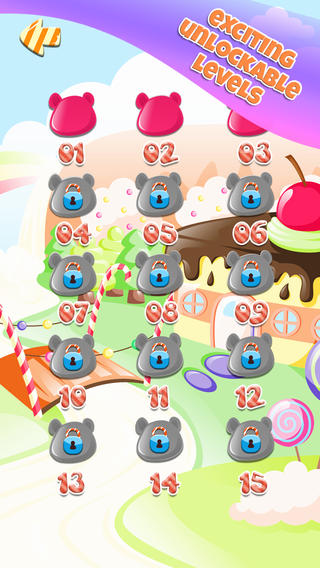 Apparently it is possible to create as many as a billion gummy bears, but from what we have learned, nobody has ever attained this many ever before. We certainly had no way in which we were going to try for such a tall order and a monumental amount, so we stuck with the mouth-watering graphics, challenging friends, finding new challengers from the Leader Board Game Center and unlocking as many achievements as we could possibly muster up.

Sweet Gummy Bear Clickers comes in two different game play modes: Endless and Timed Mode, so if you just want to play until you are well and truly spent, then just play on the Endless Mode feature. If you only have a limited time in which to play, try for the Timed Mode feature.

One of the great features about this game is that it can be played by someone of any age. It may sound from the outset to be a children’s gameplay but the levels are often so challenging and difficult to master that adults will become addictive just as quickly.

It’s almost as though you just cannot allow the game to beat you, so if you are up for a challenge and want to see how many Sweet Gummy Bears you can click on and create, you’ll do worse than to try this app.

While the game does boast some great graphics, the app doesn’t really have a point to it. I mean tapping on the screen isn’t really the best fun you can have plus you will get tired of tapping on a screen after a few goes. Plus the ads are very intrusive.