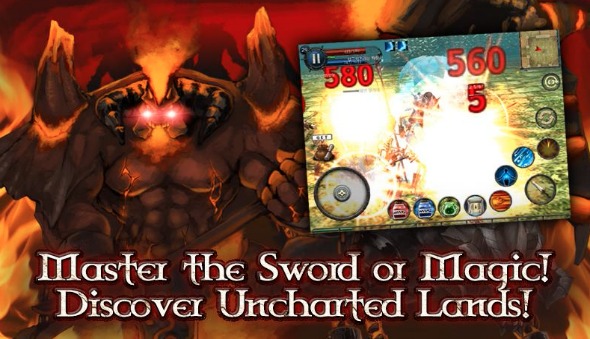 I have always enjoyed a good word puzzle game, and if you, like me, enjoy similar then Random Ruby will pretty much tick all the boxes. The idea behind this app is to find the common thread; finding out just what is the common thread is the answer you will need to address as when you start to get interrupted by Random Ruby (as indeed you most certainly will) you’ll get more clues and insight as to what the common thread actually is.

Random Ruby constantly baffled me at first with puzzling comments as I sought to discover what the common thread word was. The games is an entirely new, unique and challenging spin on the classic word puzzle game, and trust me, it was not easy when trying to figure out what that connection actually was.

I would suggest at first when you start playing that you begin at the easy level and work your way up to the hard stage. But don’t worry; you won’t get bored with playing Random Ruby as the app has hundreds of engaging puzzles that are fun, entertaining and at times hilarious and will make you laugh out loud. 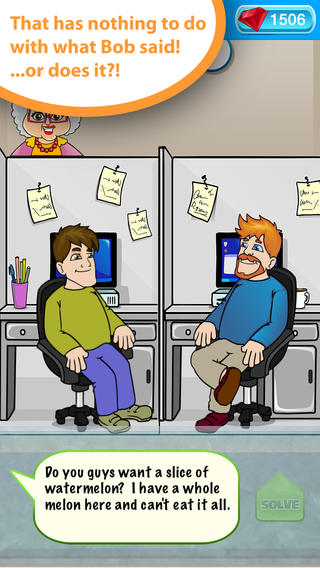 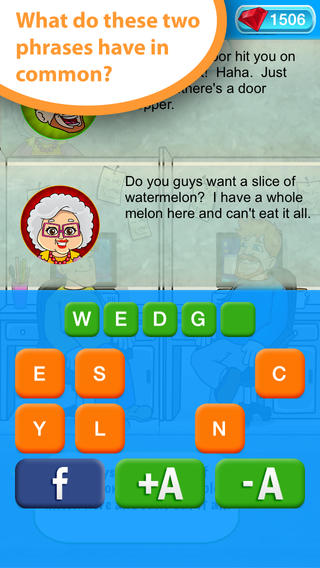 Playing the game is fairly straightforward I found and with hundreds of different puzzles to engage in, I found I was always kept on my toes. The way it works is that Random Ruby at first seems to be some crazy character – only she’s not. Her comments, that she will constantly come out with – seem to be random, puzzling and often meaningless. But it is something that Bob (another character) said that prompted Random Ruby to come out with her unwitting comment, and here is where you should start to try and make the connection. Remember, you are looking for the common thread, and it’s within that search that lays the challenge.

So, you will have a comment from Bob and an interjection from Random Ruby and it is your task to decipher the common thread. I found the easy level just that, very easy, but going up to the hard level you’ll often be puzzled, flummoxed and confused with some of the stranger interjections from our Random Ruby. But as I said, I love word puzzle game and challenges and that’s why I enjoyed Random Ruby. When you think you know the answer, just touch the “solve” radar button and move on to the next one; it truly is very random.