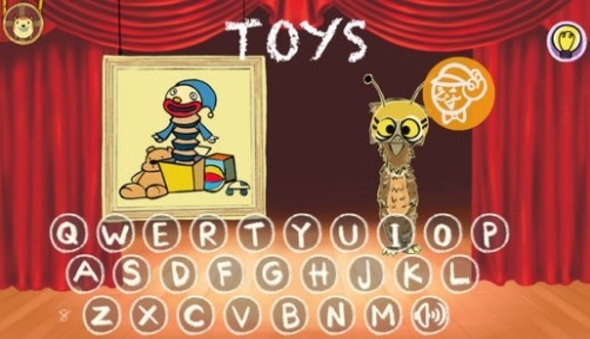 This game is Greek mythology at its very best. If your taste is for epic mythical adventures then Titan: Olympus War is a ground-breaking game which uses strategy and CCG fusion to bring you a compelling game of Greek mythology. From the very start we were engaging in card battles with other players, conquering cities, building empires, and harnessing the power of those legendary Greek gods, which quickly allowed us to feel like legends ourselves. Titan Olympus War is jam-packed with features including the ability to expand your territory by building cities, developing infrastructure and creating a society.

In fact, we were able to micromanage up to 10 cities and 190 territories and give our entire empire a name of its own and develop its character. Much of your city building strategies are developed through small battles and skirmishes across your borders where you will gain new territories. But be warned, if like us you will sometimes find that a smarter opponent can steal some portions of your empire. In fact it’s the Titans that are the most direct threat to your territories and every week you will have to join forces with your clan to drive back the invading forces. 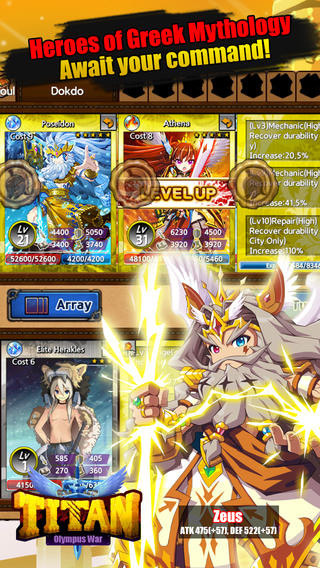 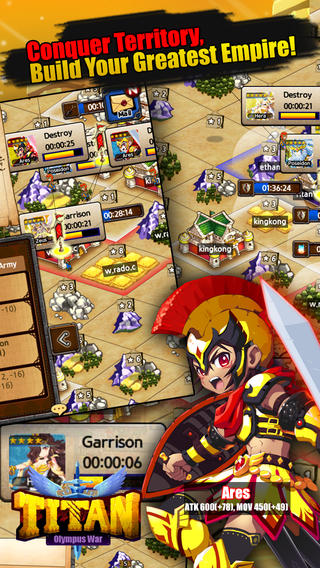 When we were successful in combating the Titans we found that we had won rewards, and even conquered other Titan cities – thus expanding our empire further still. You will get your very own collection of mythological heroes who exist just to serve you and help you lead your armies into battle. Titan Olympus War has a set of cards; and each card has its own unique traits, as well as its own attributes.

You can easily shape the development of your hero and forces by applying different composition strategies, investing in points and using the attributes of the cards – earth, air, fire, darkness, light and water. You can even shape your heroes by selecting the brainy ones to be your “archons,” while those will brute force and battle-hardened skills will simply be more effective as warriors. Remember, you can build up to 10 cities, choose which heroes will serve that city, and then select the archons that will serve them. You can also join forces with other players to form an impenetrable army.  I think if you enjoy building sacred cities and creating heroes in a Greek mythological setting, then Titan is perfect for you.