Tarantoolas are basically a bunch of crazy tarantulas that invade the city. Now, if like me you are a little squeamish where spiders are concerned, then perhaps you should steer clear of Tarantoolas but seriously, I found it good, clean harmless fun and ultimately rather addictive.

My task was to help stop the invasion of these crazy spiders working their through the city. You will need your most agile features and skills to succeed at this game and don’t panic, if like me, you fail miserably at first. Tarantoolas takes some getting used to and in time you will get the hang of it, as did I.

Tarantoolas is even one of those games you could play with your children as it’s suitable for all ages and I think you’ll agree, after you’ve had a go that the graphics are well presented and the retina display comes in very useful at times. 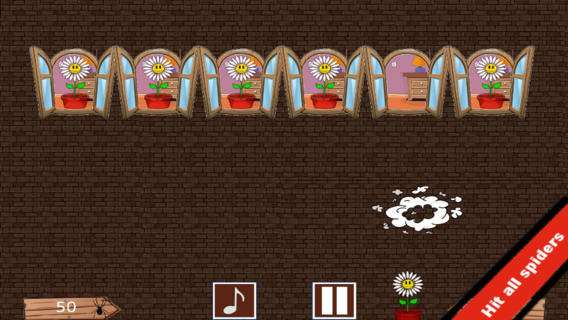 In the game of Tarantoolas you are tasked with testing your skill to the maximum. A lot of the features and concept of this game reminded me of Flappy Birds, as it involves irritating creatures that you just feel destined to try and stop. Very soon you will be passionately halting the march of the spiders from invading the city and knowing that all along, no real animals or insects were harmed in the passion I was putting into this game.

There are a number of great features which sets it apart from your average cool game including – as I mentioned before – the retina display (which is supported) and the tarantulas themselves, there are literally hundreds and hundreds of them.

What the game gave me was five different spider types, although they were all tarantula-types. As you begin to get good at the game you may find the difficulty level gets progressively harder. I found this feature frustrating at first, but in a way it created a challenge for me. You see, as I progressed, so did the game, so I was always being kept on my toes; frustrating at first, then I realized that as you get used to the game it’s always going to prove a fight to win. 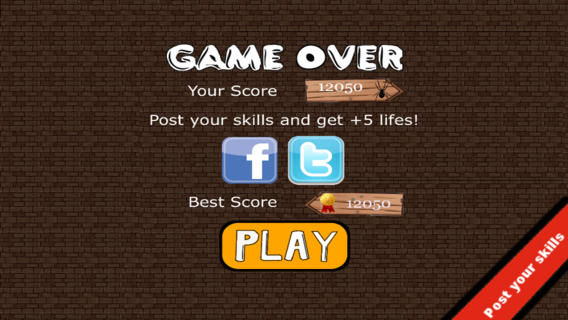 One little tip to give you is this: If you post your final game score on Facebook or Twitter the game will give you an extra five lives. So you should try sharing on both and get even more lives every game you play!