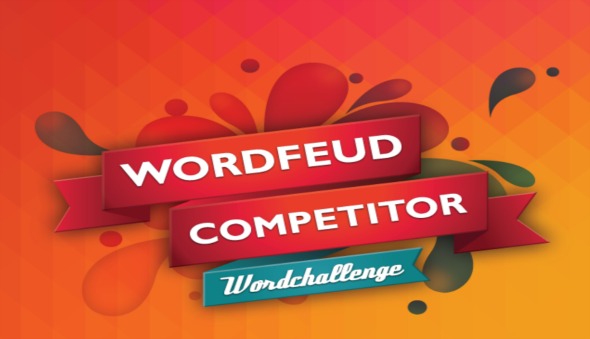 What I absolutely loved about Chester’s Lab was that you had the feeling – when playing this game – which you were actually saving the welfare and life of Chester, the friendly rat. Yes, you’ll feel for him and yes, you’ll be motivated to save him.

The game starts typically enough with a group of mad scientists, hell bent on making more and money on their research, and caring little for the welfare of Chester the rat. However, poor Chester has been captured by the mad scientists and now sits under their sticky, evil little fingers.

But as the game progresses you will find Chester has several chums, all of whom are desperately wanted by the mad scientists for testing and research purposes. So now the goal posts have changed and it’s not just Chester you need to save but all of his mates too! The laboratory is a labyrinth, especially to a tiny rat. To us it’s just a room but for Chester and his pals it’s a maze of corridors, tunnels, corners, dark under the board areas and hidden regions in the lab roof. 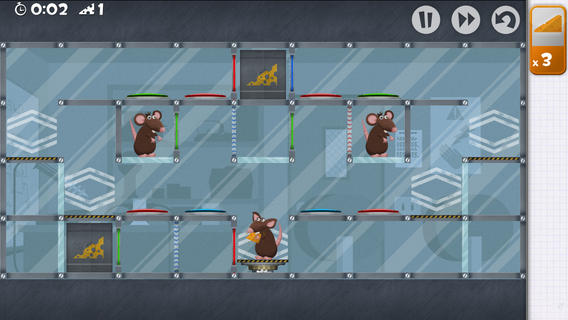 In fact, it’s up to you to get Chester out of the labyrinth and away from the mad scientists trying to do tests and experiments on our poor little rodents. I had to use pieces of cheese to guide Chester through all the levels, if only just to entice him out of his backed-in corner. But you’ll have to be very careful because hidden around most of the corners there are deadly traps.

The crafty contraptions seem to lurk around every corner of the laboratory and because of this you have to use your cheese with a great deal of wisdom. As you go through the levels you will encounter many elevators, pulleys, dumb waiters, trap doors, and even some specially selected cheeses.

To play this game of Chester Lab, you will need your Vulcan logic, a professional skill and plenty of brain storming ideas just to navigate Chester and his mates through the maze and evade the sneaky mad scientists. 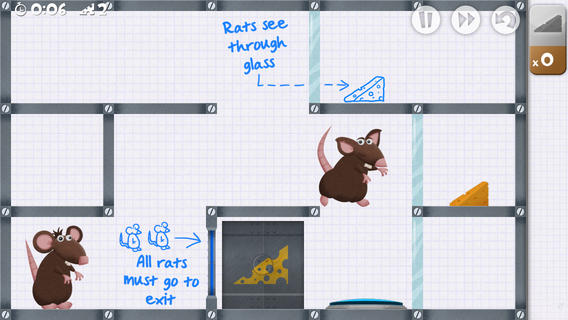 Planning your moves carefully requires your best strategy. If you go at this haphazardly you’ll end up sending Chester to the table for testing. Your score is worked out based on the amount of cheese you consume. It also is a game that plays against the clock, so you’ll need to be quick! Chester’s fate rests in your hands!