Turn your Android or iOS device into a portable scale w/ Diamond Scale!

New Taipei City, Taiwan — RedGate Games is proud to announce the upcoming release of their first interactive title for mobile gaming: Pirate Era https://www.pirateera.com/. This app is the first 3D sea battle game to hit the mobile market, ever.

A Caribbean-themed action game for iOS and Android, Pirate Era is designed to bring entertainment to a global audience. Using beloved pirate themes from the 17th century and historical pirate references, players are placed smack into the middle of an ocean adventure via realistic game settings. Pirate Era sailors have to face weather changes, rough sea conditions (including giant waves and swells) and challenging sea based battles with other ships. There are different camera angles in-game,rotate your angle to make the best hits. Weather strongly affects a player’s performance, so be sure to master the navigation skills.

“This is a one-of-a-kind battle game, never before seen on the mobile market” said Jacky Chu, COO of RedGate Games. “Pirate Era has already caught the attention of many pirate enthusiasts, as the game brings the player as close to being at the helm of an actual pirate’s schooner as possible. If you’ve always wanted to see what life was like on the Queen Anne’s Revenge or Flying Dutchman or if you just want a way to indulge your inner pirate, this is the game for you!”

The social features of the game encourage a guild system that allows players to interact and grow strong together as a “band of rowdy pirates”. Beware, for the winds and your enemies will spare no quarter!

Redgate Games is a Taiwan-based studio established in 2009. The studio is best known for their MMO title Core Blaze, which drove attention successfully in 2012 at E3. Driven by a passion for fun, games and teamwork, the studio aims to build a universe where every fleeting thought can be turned into something real. In RedGate, the most dedicated game professionals gather to bring enjoyable digital entertainment 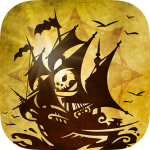 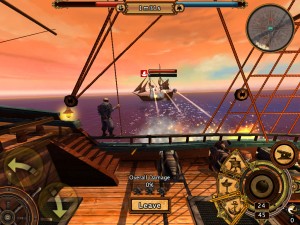 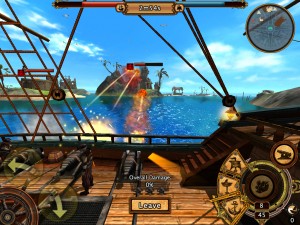