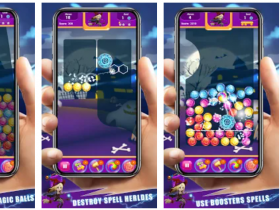 The saviour of many a continental European weekend expedition, GPS navigation is one of those genuinely invaluable innovations of the 21st century that is by now so established and dependable that the very thought of living without it is enough to induce shudders. Of course, the technology has made its way to smartphones in various incarnations, with the Sygic GPS Navigation system leading the way with their classy offline interface. They’ve just released a brand new update for their top seller. Allow us to guide you through it.

Once you’ve downloaded the app, you inform it of your country of choice. Of course, it will do the usual and ask for your current location, with the whole transaction depending on you allowing it access. With that business out of the way, it will ask you to select your country, and then proceed to download that particular map. Because each map is so detailed, they tend to take up a lot of space, so the developers cleverly allow you to pick and choose which specific maps you want. Day trip to Paris? Download France. Roman holiday? Lose France and get Italy working for you. It’s a good system that lets you take full advantage of the fantastic maps while not overloading your phone or pad with data.

There’s 111 countries to choose from, but the content doesn’t stop there. Each map includes many ‘places of interest’, turn-by-turn voice guided navigation, a speed camera advisor, a speed limit advisor and free map updates on a regular basis. The new features include BlackBox, a strange-sounding addition that automatically records an accident through your device’s camera by detecting when you crash, and Travelbook, which logs info and times about your most frequented routes. There’s also the slightly eccentric but no doubt practical ‘Qibla finder’, which advises of prayer times for Muslim users.

Obviously the main competitor for Sygic is the iPhone’s inbuilt map system, and to a lesser extent Google Maps, but in my opinion Sygic has the edge for being more comprehensive. The fact that it’s free is remarkable. With the content of features it really can be an asset for any journey. The major turn on for many users is the fact that all the maps, once downloaded, are available offline, an important twist which has no doubt led to Sygic’s prominence as the most installed GPS app currently available. The only downside is the drain on battery power, but frankly, this is true of any GPS tool. The new additions only serve to make an attractive package that little bit more prettier, so there’s really no reason why an iOS user should miss out on this little Swiss army knife of an app.

Download Sygic for free on the iTunes App Store or Google Play.