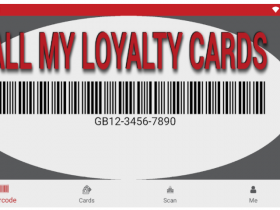 The Collective – All the Loyalty Cards on an App

From a distance, slot machines appear to be one of the dullest gambling creations around. Continuously yanking the One-armed bandit (which sounds like a euphemism but actually isn’t) is hardly tantamount to many people’s idea of fun. However, Halloween IS tantamount to a lot of people’s idea of fun. A season of tricks and treats, a feast of ghosts and ghouls. So if one were to combine the two, could you inject a bit of life into the dusty ol’ slot machines that have haunted casinos for decades? New app developer Printpal attempt to answer that question with their new free iOS game, Halloween Bonus Slots. Have they succeeded in raising the dead?

In a word, yes. Halloween Bonus Slots is incredibly fun. Almost too fun. It’s wonderfully wacky, imaginative in all the right places, and moves at a frantic pace that keeps you spinning the wheels again and again. The guys at Printpal have obviously put a lot of thought into their creation (‘IT LIVES!!’) and their hard work really pays off in user enjoyment. A crypt of unpredictability, you never quite know what’s coming next in Halloween Bonus Slots. There’s so many additions to the tried and tested slot machine method that we’re all familiar with that it almost feels like a brand new game.

This is a real triumph for a game that could’ve got tiresome very quickly. The campy Halloween theme works wonders; a procession of witches, vamps and monsters slouch and creep their way across the screen as you play in surprisingly impressive 3D. This doesn’t feel at all like one of those cheap casino games we’ve all played before. On the contrary, instead of feeling tacked on, the Halloween theme really makes the game feel unique. The soundtrack deserves mention too, choc-full of wonderfully cheesy music and effects.

As well as the standard slot-based gameplay which is the main feature of the app, you’ll sometimes trigger a bonus round where you can choose one of four different mini-games to earn yourself more points for the slots. This is a great feature that provides HBS with a longevity absent from a lot of its competitors. Coupled with the fiendish little boosts you’re able to give yourself, which range from a reel-exploding bomb to a particularly useful bit of ‘magic’ that spins the reels until you win, the game really proves itself to be genuinely exciting and engaging. If you’re bored of the same old fabric and wood style casino-based apps, give yourself a shot of Halloween Bonus Slots and have some wacky, campy fun this spooky season. Just don’t click the ‘Bet Your Soul’ option unless you’re really, REALLY certain.

Follow the trail of blood to the iTunes store and summon up Halloween Bonus Slots for free today.