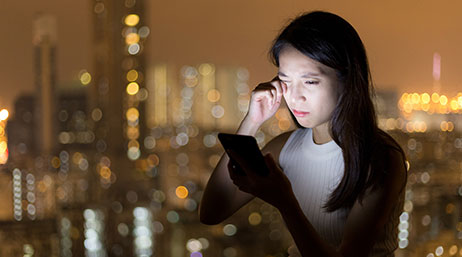 How to Prevent OnePlus 7 Pro From Hurting Your Eyes?

Bitcoin is an online currency, a peer-to-peer payment system introduced in 2008 by the enigmatic Japanese inventor Satoshi Nakamoto, who may or may not be a real person. The cryptocurrency quickly took off. But with any money comes the need for storage. An important part of the Bitcoin ecosystem is a wallet on your mobile device, which stores you balance of virtual cash and allows sending and receiving of Bitcoins, as well as storing your transaction history, providing exchange rates, etc.  There are many wallets readily available on Android phones, but until very recently, Apple had maintained a ban on all Bitcoin wallets on the App Store.

However, on June 2, Apple lifted that ban, changing their iOS policy to permit iOS apps that transmit virtual currencies. But why did they shift from no to yes? The answer lies in the popularity of the Bitcoin as an online currency, and the long standing rivalry between iOS and Android. Since its inception in 2009, Bitcoin has been going from strength to strength. It’s ability to transfer money between two people in the world instantly made it a popular choice for all kinds of online transactions. One of the most popular forums for Bitcoin are online casinos, with sites such as bitcoincasino specialising in gambling with the virtual currency.

However, instead of being an easy and convenient method to conduct online transactions, Apple’s non-acceptance of the currency made it a frustrating and complex procedure for the millions of iPhone users. Many saw this as running contradictory to Apple’s long maintained stance as an innovative, anti-establishment company looking to push the boundaries of the digital world. Enraged, iOS users took to the internet and various campaigns were launched. One infamous method called upon users to upload videos of themselves smashing their iPhones before making the switch to Android. Less extreme measures included a 6,000 strong petition calling on the tech giant to reverse their decision.

They seemed to have the right effect. While the true reason that Apple decided to lift their Bitcoin ban can never be truly known by those of us looking in from the outside, one can make an educated, logical guess; Apple feared a mass migration to Android by frustrated iOS users. As Bitcoin grows and grows, Apple cannot afford to ignore the massive client base looking to make use of the currency. There are other elements to take in to account; perhaps the decisions of high-profile companies to accept Bitcoin gave it more credibility in Apple’s view, or perhaps Apple just wanted to wait until governments had given more clarified statements on the legality of cryptocurrency before they allowed any Bitcoin apps into the App Store.

Whatever the reason, the change is surely good news for those frustrated iOS users looking to make use of Bitcoin, while also being a strong indicator of Apple’s stance on the future of online currencies. In short, it looks bright.