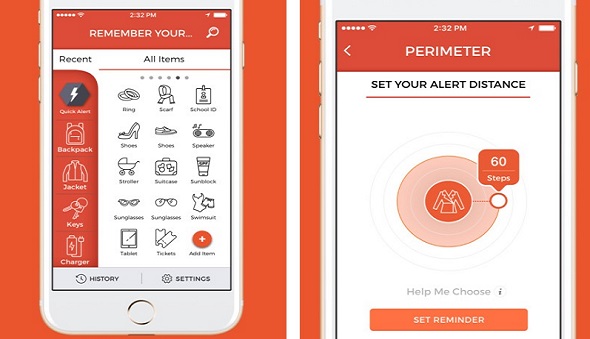 Never leave a place without your personal belongings with Don’t Leave it! app!

There’s such a thing as a perfect game of football. Apparently, a perfect game consists of the same elements as a perfect drama. Contrary to what you might think, to have your team completely trounce the opposition isn’t the most satisfying experience. Instead, it is a victory clawed from the jaws of defeat. A game of twists and turns, where your team manages to scrape a win from an almost equally strong enemy. A match-long see-saw of leading then trailing. Any sports fan reading that description will know that to be true. Imagine now you had your own rival outside the pitch, and you were pitting your own skills against his as the real life match progressed. You’ve just caught a glimpse of FLIP Sports, a brand new fantasy football app which promises to heighten the intensity of live games significantly. It’s thrilling, it’s tense and it’s out now for iOS and Android.

The main hook of FLIP Sports is that you can play on a match-by-match basis. This might not sound like much to the untrained eye (ear?), but if you’re familiar with the gruelling, season-long campaigns promoted by most fantasy football games, it’ll come as quite the revelation. For the handheld device, it feels like a very logical and intuitive progression. In fact, I’d argue that it’s almost a better format than the traditional method; as well as adding excitement to live games, it refreshes the player’s enthusiasm with every new match. Hope springs eternal.

The interface is stylish and smooth. It’s remarkably easy to get set up; you briefly create an account, then within seconds you can hook up to an upcoming match and start plotting your perfect dream team (which may be a slight oxymoron; can you have an imperfect dream team?). You can choose matches from the Premier League or the European big boys in the Champions League; I prefer the latter, as I’m in love with Andrea Pirlo and want to put him in my line up every chance I get.

Depending on your player choice, you’re awarded or detracted points depending on how they perform or under-perform in the real life game. The fantasy manager with the most points at the end of the game is declared the winner. You can play with friends or in public or private leagues contained within the app. It really is a thrilling system which adds an extra bit of edge to an already exciting format. Die hards will love this little app, while newcomers to the fantasy game are going to have a great introduction. The sooner you pick this one up the better; the season’s almost half done!

Get your kit on and aim straight for the App Store or Google Play to kick off in style today!